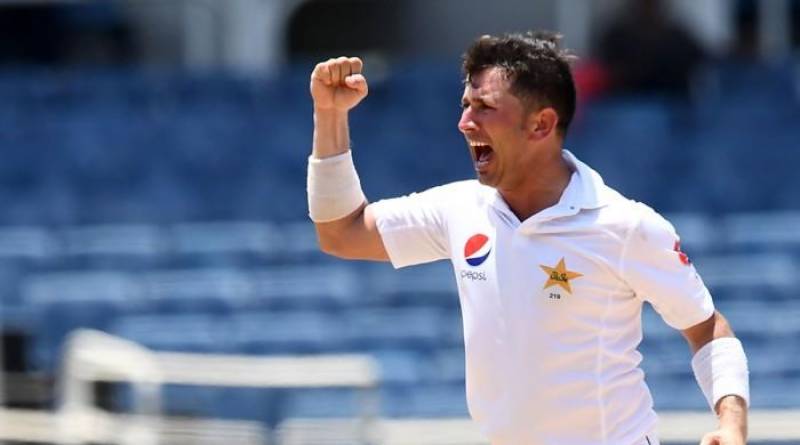 KINGSTON: Pakistan won by seven wickets in the first test against West Indies on Tuesday. The three-match series is now 1-0 in the favour of tourists.

Yasir Shah completed a six-wicket haul to spearhead a second innings rout of the West Indies and put Pakistan on the verge of a comfortable victory on the final day of the first Test on Tuesday.

With this win Pakistan has also completed its Silver Jubilee of Test wins under Misbah ul Haq's captaincy.

Trailing on the first innings by 121 runs and resuming at the overnight position of 93 for four, the home side were dismissed for 152 after less than two hours´ play at Sabina Park in Jamaica.

Needing just 32 runs for a 1-0 lead in the three-Test series, the tourists lost both openers and will resume after lunch at 13 for two with Babar Azam and Younis Khan at the crease.