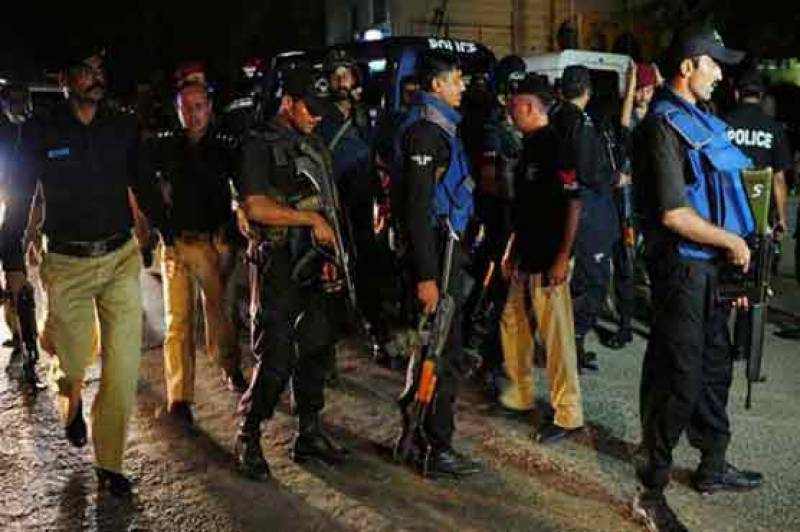 DI KHAN: Two suspected terrorists were killed in an encounter with police, hereÂ on Wednesday.

According to police, the suspected terrorists staged an ambush near Gomal University by hurling hand-grenade and opened indiscriminate fire on two policemen on motorcycle, when they were leading a police party on way back following conducting an operation at Malana area.

As a result, the two policemen were injured, but the chasing police party also reached the site and retaliated successfully. The attackers were surrounded and killed during intense encounter.

The injured policemen were shifted to DHQ where they are stated to be in stable condition.

He said investigations were being conducted with regard to those terrorists who were killed in the encounter.

He said police was being geared up through provision of modern gadgets for effectively countering challenges of terrorism and crimes.

He called upon the police to keep close liaison with the citizen whose property and life would be protected at all costs and no negligence would be tolerated on this front.

He said no one would be allowed to take law into his own hands, adding strict action would be taken against those who were found involved in criminal activities.(APP)