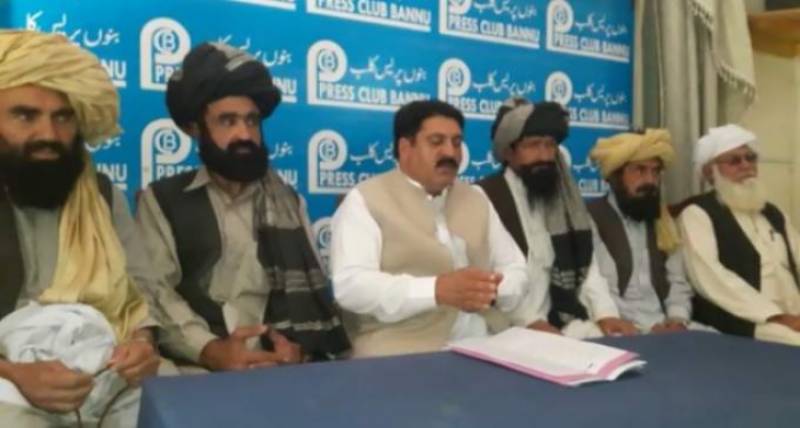 PESHAWAR: Members of All FATA Political Alliance Wednesday demanded government to implement and give practical shape to FATA reforms.

Addressing a press conference at Peshawar Press Club Iqbal Afridi, Zar Noor Afridi and others said hat Fata was part of the country but since independence, its share in the National Finance Award has never been issued.

They said that NFC share will be distributed according to the population adding that government should measure for tribesmen during census.

They informed that population of Fata was more than 10 million and more than 30 percent were in abroad for jobs and business. They demanded to include the fate people in census who residing in foreign countries.

They further said that the government must consider backwardness of the area and should speed up the process of reforms.

They also informed that the houses of FATA people have been destroyed due to military operation and most of the families living in one room and so they should be counted separately in the census. (APP)