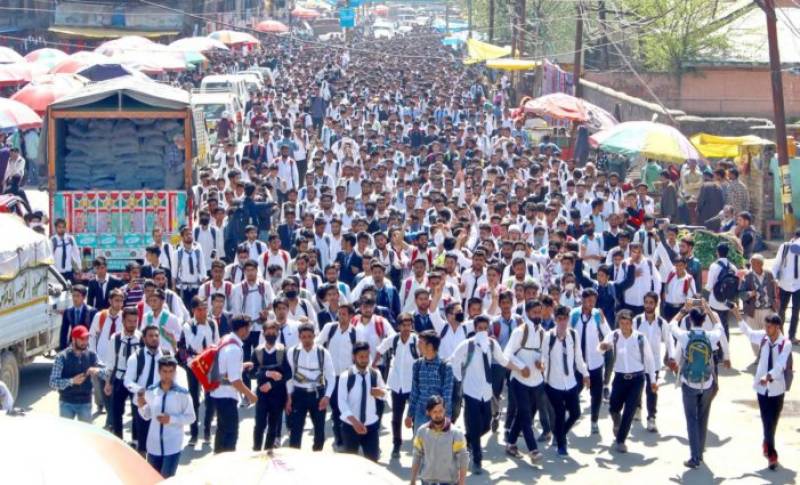 According to Kashmir Media Service, hundreds of students of Government Boys Higher Secondary School, Shopian, boycotted their classes and staged demonstrations inside the campus against the Indian state terrorism on the student community in the territory.

They tried to march towards the main market in the town. However, large contingents of Indian police already placed at the main entrance of the school fired teargas shells to disperse theprotesting students, triggering clashes.

Due to tense situation, the shopkeepers closed down their shops. The clashes were going on when reports last came in.

The protesting students raising pro freedom and antigovernment slogans marched through the main market and assembledat Gulshan Chowk. The student protests led to shutdown in the area.

The students of Government Degree College Bijbehara and Pulwama also held protests in the campuses against the highhandedness of Indian forces.