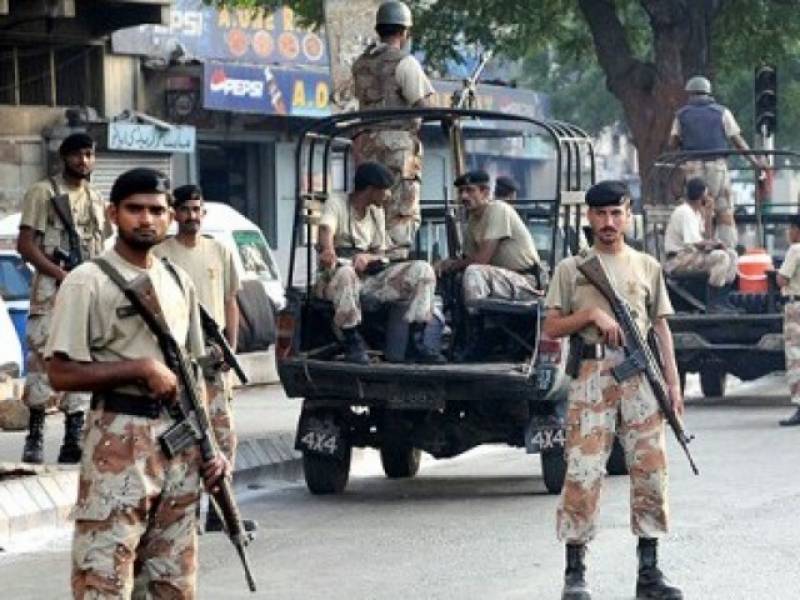 KARACHI: The Government of Pakistan in exercise of the powers conferred under the clause (i) of Sub-Section (3) of Section 4 of the Anti-Terrorism Act 1997 (XXVII of 1997) has extended the powers conferred upon Pakistan Rangers (Sindh) in Karachi Division for another period of 90 days with effect from April 16, 2017.

The Sindh government, therefore, is pleased to deploy the Pakistan Rangers (Sindh) in Karachi Division to discharge its functions as specified in the said Act as authorized by the Sindh Government for a period of ninety (90) days with effect from April 16, 2017 to July 14, 2017, said a statement of Sindh Government on Wednesday. (APP)