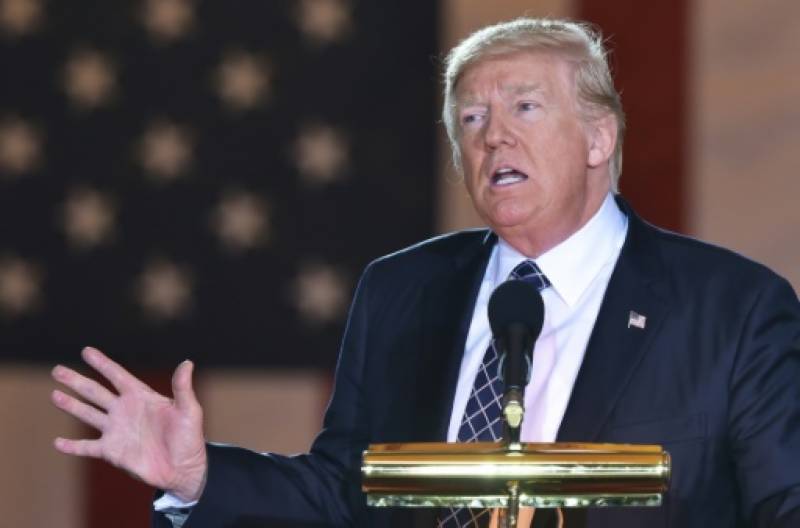 Trump, who has branded Assad "a butcher", said it was up to the Syrian people to decide, during a White House luncheon meeting on Monday with the 15 ambassadors, said Russian charge d'affaires Petr Iliichev.

"He said that the future of Assad is not a deal breaker," Iliichev told AFP.

"He said that whether he stays or he leaves is not important. What is important is the political process, the cessation of bloodletting, of hostilities."

"And then the people will decide."

Iliichev insisted that Trump specifically used the words "not a deal breaker" in reference to the future of the Syrian leader.

UN-brokered talks on ending the six-year war in Syria have hit a wall over opposition demands that Assad step down as part of any settlement.

Russia, Assad's top ally in the war, has long insisted that Assad's fate would be settled through elections to be held as part of a transition.

British Ambassador Matthew Rycroft said his understanding of Trump's policy on Syria was to "end this conflict as swiftly as possible" and that this entailed "political talks that will lead to a transition, after which Assad will no longer be in power."

Following a suspected chemical attack that prompted the United States to fire missile strikes, US Ambassador Nikki Haley said that peace in Syria would be impossible with Assad in power.

"There's not any sort of option where a political solution is going to happen with Assad at the head of the regime," she said.

"If you look at his actions, if you look at the situation, it's going to be hard to see a government that's peaceful and stable with Assad."

The United States toughened its tone toward Assad following the suspected chemical attack in Khan Sheikhun that Washington blamed on his forces.

Trump, who had floated the idea during his campaign of cooperation with Damascus to fight Islamic State, said Assad had "crossed a lot of lines" with the alleged use of chemical weapons and that his attitude towards him had changed "very much."

Syria and North Korea were the main topics at the meeting between Trump and the Security Council, but the ambassadors also raised concerns about proposed cuts to US funding to the United Nations. (APP)