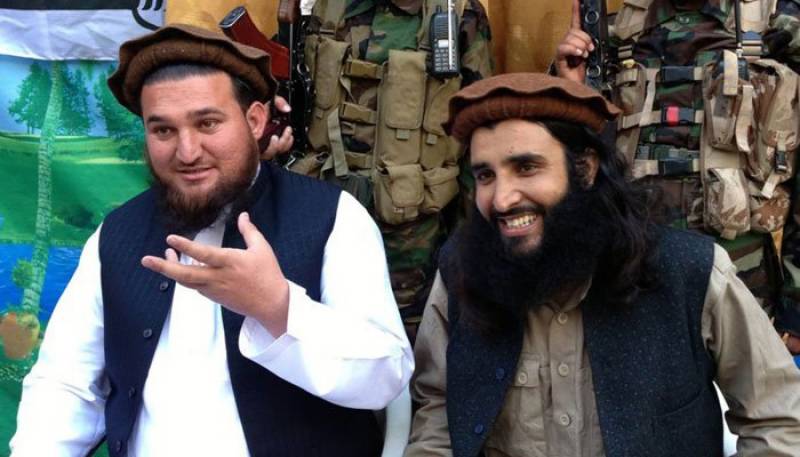 Ehsanullah, in a confessional video statement released by Inter-Services Public Relations here, said Taliban commanders took money for every attack and then went to safe sanctuaries in Afghanistan and left fighters on their own to fight against the Pakistan Army.

"When Taliban took money from NDS and Taliban, I told Omar Khorasani that what we were doing was helping Kuffar (non-believers) by carrying out attacks in our country with their money.

We are serving them."

Khorasani said, "Even if Israel will help me for terrorism in Pakistan I will take help from it."

"Then I understood that they (TTP coomanders) were working with a specific agenda for their own personal motives. They formed committees to keep in touch with NDS and RAW. RAW arranged identity cards for them so that they could move freely in Afghanistan. Without that it was difficult for them to move around in Afghanistan because of the security situation. They were provided safe passage by NDS for entry into Pakistan."

He stated, "I belong to Mohmand Agency and at the start of 2008, I joined Tehreek-i-Taliban Pakistan. I was a college student."

He said he remained the spokesman of TTP Mohmand and Jamaatul Ahrar.

He said during nine years with the TTP, he saw a lot. After the death of Hakeemullah Mahsud, an election campaign was run for new Ameer (chief). Omar Khalid Khorasani, Mullah Fazlullah and Khan Syed Sajna were in the race to become the TTP head.

"We went to Afghanistan after the operation in North Waziristan."

Ehsanullah said, "When the operation was started in tribal areas, the race for leadership in TTP sped up. Every person wanted to become leader of the organization. Then the Shura decided to hold a draw and Maulana Fazlullah was appointed Ameer."

"What could be expected of such an organization whose head was elected by a draw. Such a person was made Ameer, who forcibly married his teacher's daughter and took her away."

He said such persons were not doing service to Islam. The TTP leaders never followed the slogans raised by them.

He said a particular group took ransom from innocent people, killed them and carried out bomb attacks at public places. They attacked schools, colleges and universities.

"Islam does not teach us this. Islam does not allow us to carry out acts of terrorism," he said, adding that the TTP recruited people, especially youth, in the name of Islam.

During the recent operation of Pakistan Army, Ehsanullah Ehsan said, the camps of Jamaatul Ahrar were attacked, some of its commanders were killed and they had to leave the area.

Now the JUA commanders and its fighters had a low morale, he added.

He said, "May message to those fighters, who are stranded in Afghanistan and want to get out, is stop fighting and take the path of peace and adopt a peaceful life."

After the operation, he said, media coverage of the Taliban decreased so they started using social media and tried to mislead innocent youth in the name of Islam.

Taliban misinterpreted Islam and unleashed propaganda, and the youth fell victim to it, he added.

Ehsanullah asked the youth, who use social media, not to get trapped in Taliban's propaganda as they were playing into the hands of enemies for personal reasons.

Those were the reasons for which he decided to voluntarily hand himself over to the Pakistan Army, he added. (APP)