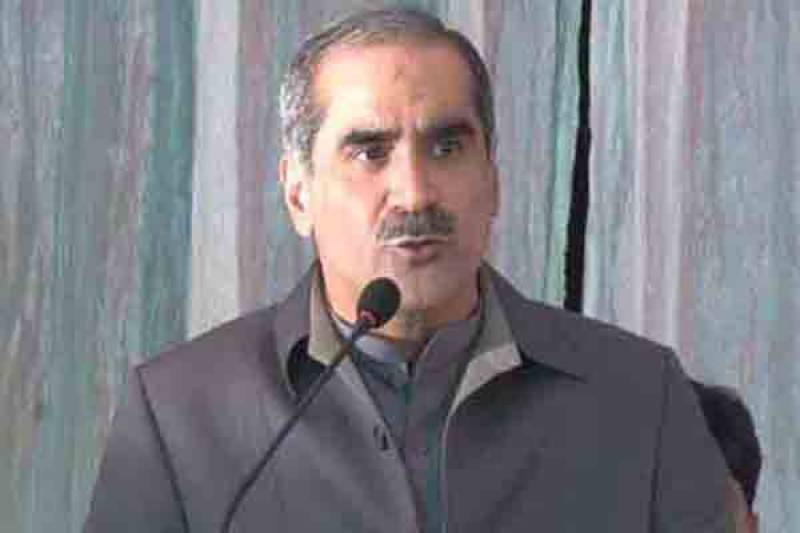 Talking to media, he said Pakistan Express is one of important trains service of Pakistan Railways and the Railways.

He said that Palistan Railways was utilizing its own resources and had rehabilitated/ upgraded 57 old coaches at a cost of Rs 110 million.

The train, he said would leave Rawalpindi at 6.00 AM and reach Karachi Railway Station at 7.25 AM the next morning.

Appreciating efforts of the Management and workers of Railway Workshop who worked hard for upgradation of the old coaches, he said, change cannot be brought through slogans, it can only be brought with hard work which was being demonstrated by the Railways and the government of Pakistan Muslim League.

People, he said had witnessed the change which had been brought under the leadership of Prime Minister Nawaz Sharif and Shahbaz Sharif.

The Federal Minister said that speed of the trains would be increased to 160 kilometer per hour with the upgradation of ML-1 which was an important component of multi billion dollar China Pakistan Economic Corridor project.

The Minister further said, Lahore to Karachi rail track has been doubled while Peshawar to Lahore would also be doubled under ML-1.

To a question the Minister said, due to PML-N government's efforts, work on CPEC project had started.

Pakistan Express would start its journey with 11 coaches from Rawalpindi and eight more coaches from Faisalabad, he said adding, all coaches have been upgraded and about 2.5 million passengers would now reach at their destination through the train.

Pakistan Express, was an economy glass train and its fare from Rawalpindi toKarachi is Rs 1400 while the fare up to Faisalabad is Rs 460. The train has total 27 stops, he added. (APP)