Pakistan looks to reset relationship with US: Dar
26 Apr, 2017 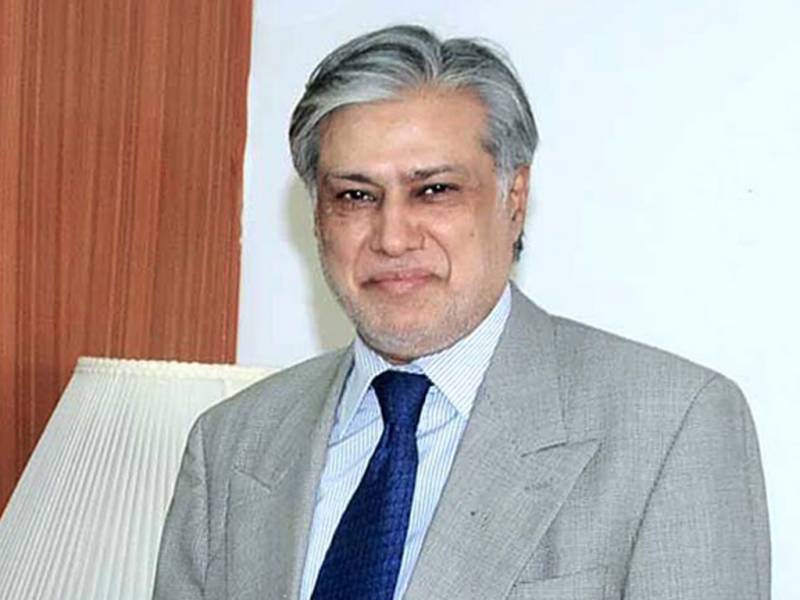 NEW YORK (APP): Pakistan wants the Trump administration to help resolve its decades-old conflict with India over Kashmir and offered to help the US stabilize the region as Washington ramps up its fight in Afghanistan, Finance Minister Mohammad Ishaq Dar has said.

In an interview with The Wall Street Journal published on Wednesday, he emphasized that Pakistan seeks a reset of its relationship with the United States.

"There seems to be a little bit of a stalemate in the last couple of years," Dar said.

Dar, who spoke to the newspaper ahead of his meeting with National Security Adviser Lt Gen HR McMaster, said, "We need to remove any ambiguities that we have between each other as friends."

WSJ's correspondent Ian Talley, who interviewed the minister, noting that US relationship with Pakistan was "complicated", wrote that Washington still sees the South Asian country as critical to its efforts in Afghanistan as the Trump administration intensifies its attacks on Islamic State/Da'esh and the Taliban.

In a signal of a shift in US policy in the region under President Donald Trump, the military earlier this month dropped one of its largest non-nuclear bomb on an Islamic State/Da'esh complex in eastern Afghanistan.

The Trump administration is reviewing its policy toward Pakistan, the report said citing an unnamed White House official.

In the interview, Dar questioned the effectiveness of the U.S. strategy, however.

"Let's face it, there hasn't been great success of the operations in Afghanistan in the last decade-plus since 9/11," he said. "You can't find each one of the Taliban and kill them and then restart, it will take too long, maybe ages."

Instead, Pakistan believes an "Afghan-owned, Afghan-led"political solution" is probably the ultimate solution," the finance minister said. "Obviously we have to listen to the new side, the new administration, to see what are their thoughts," he said.

He added: "I'm sure the new administration will be looking into this. I think we need to sit together and see where are the flaws."

Dar said his government had escalated military operations intended to clear out terror networks and fighters in the tribal areas, suffering a series of deadly terror attacks across the country. Besides expanding those operations, the government is bolstering its border security, including a fencing at critical crossing points, he said.

"We are very keen to contribute whichever way we can to support this peace effort," he said, referring to the U.S. engagement in Afghanistan.

Dar said Kashmir is a key request for Pakistan."We expect the US as a common friend to facilitate, encourage the issue is resolved amicably, in accordance with UN Resolutions ASAP (As soon as possible)," Dar added.