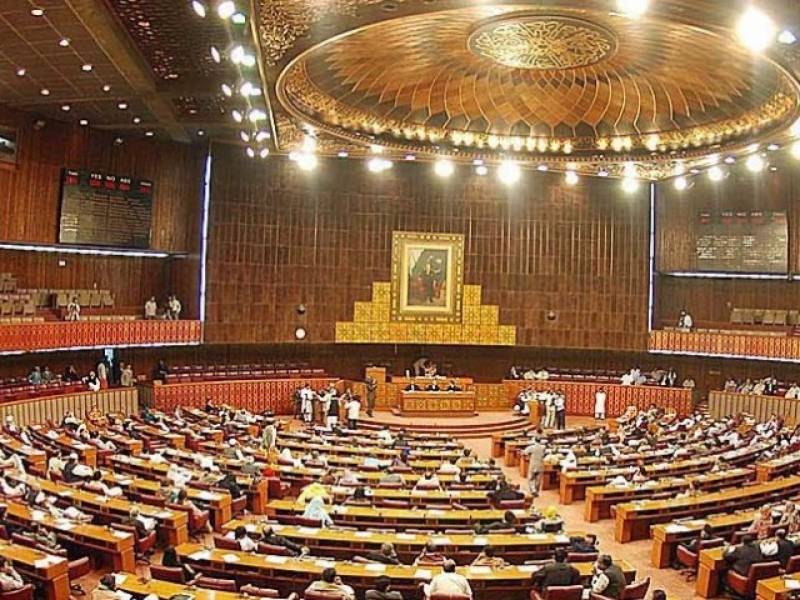 ISLAMABAD (APP): National Assembly's Standing Committee on Finance, Revenue, Economic Affairs, Statistics and Privatization Wednesday continued its debate on tax reform proposals and discussed the exemption scheme for those having property outside the country.

The meeting of the committee was chaired by Qaiser Ahmad Shaikh while among others it was attended by Sheikh Fayyaz-ud-Din, Syed Mustafa Mehmud, Muhammad Ali Rashi, Assad Umar, Daniyal Aziz, Tallal Chaudhry, Nafeesa Shah and representatives from State Bank of Pakistan, Federal Board of Revenue and trade and commerce bodies.

The committee discussed inclusion of new provision in tax reforms which would allow imposition of 15% tax on those having property outside Pakistan.

The committee members were divided in their views as those in favaour of this proposal termed it a productive step to bring back money from abroad and create an opportunity for expanding tax net by bringing such people into tax net.

Chairman of the committee, however was of the view that 15%would not be viable rate while other members said it should be just 5% to bring more and more people into tax net.

However, others opposed the proposal on the grounds that it was not right way to broaden tax base, arguing that if that money was earned thorough unfair means and was not declared that should not be whitened through these schemes.

They were of the view that earlier, such exemption schemes have failed to bring about any positive outcome and stressed the need for promoting tax culture to promote revenue generation.

The committee endorsed the proposal of Pakistan Cotton Ginners Association to reduce withholding tax rate to 0.2 percent and reduction in sales tax on electricity, which currently stands at 17%.

Members also highlighted the importance of promoting renewable energy sector by reducing duties on its machinery and parts to help reduce load-shedding in the country.

Discussing the issue of rates on pathelic and hydrite, the committee referred the issue to FBR to evaluate the rates .