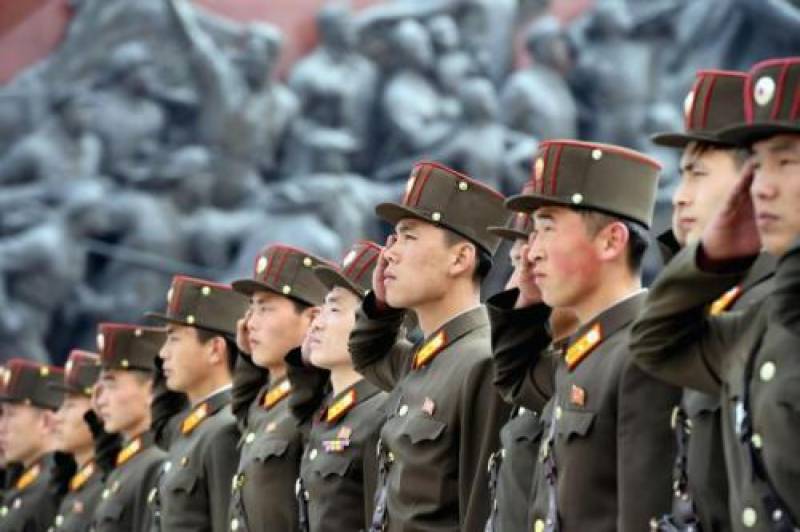 Speculation had mounted that the North could carry out a sixth nuclear test or another missile launch to mark the 85 years since the founding of its army on Tuesday.

Instead, the North's state-run KCNA news agency said the Korean People's Army marked the anniversary with a "successful largest-ever artillery drill" under the orders of Supreme Commander Kim in the eastern port city of Wonsan.

"The brave artillerymen are mercilessly striking the targets, the way they fire is liberating and their shots are very accurate," KCNA cited Kim as saying.

After the drill, the troops pledged their loyalty to Kim, vowing to "turn into 10 million guns and 10 million bombs" to defend him.

Pyongyang's rhetoric always intensifies in the spring, when Seoul and Washington hold joint military drills which it sees as rehearsals for an invasion. (APP)