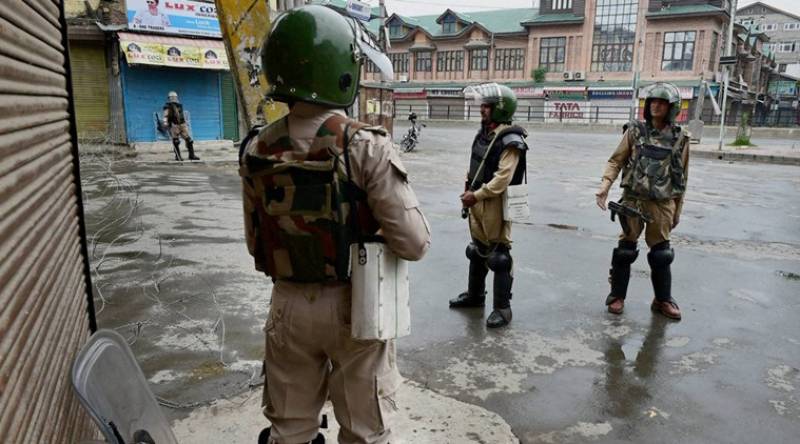 Sheikh Mohammad Yousuf, who was arrested during the mass uprising last year on August 8, was granted bail twice in all the cases filed against him by Sopore Police, first in November and then in March this year, Kashmir Media Service reported.

A resident of Iqbal Nagar in Sopore town, the JI leader has been imprisoned in different jails since then. Last week, he was sent to Baramulla sub-jail from Sopore police station, where he had been kept after the court granted him bail in March, after he was booked for the third time under draconian PSA.

Sheikh Mohammad Yousuf's only two sons are no longer alive. Mohammad Altaf Sheikh was killed at New Colony Sopore in the 2015 by Indian-army backed gunmen and another son Abdul Rauf, a PhD scholar, was killed by Indian troops during a crackdown on Srinagar-Jammu highway in Srinagar in 2001 when he was travelling in a bus.

Sheikh Yousuf's wife Hanifa Begum, a prominent lady of Sopore, his daughter-in-law and her three children are the family members at home.

"For the past nine months, our life has been limited to courts, but despite getting bail orders in November and then again in March, my husband was kept at the police station for a month without any orders of remand," said Hanifa Begum, wife of Sheikh Yousuf. "We had a hope that they will release him but they instead slapped him with PSA third time. This is the extreme level of cruelty."

Sheikh Yousuf has been a pro-freedom activist and a member of Jamaat-e-Islami since his youth. Hanifa Begum said after both her sons were killed, she has only one hope to live for, that is Yousuf, but she fears his continuous detention under Public Safety Act may damage his health as he is a heart patient and has undergone three surgeries in his eye.