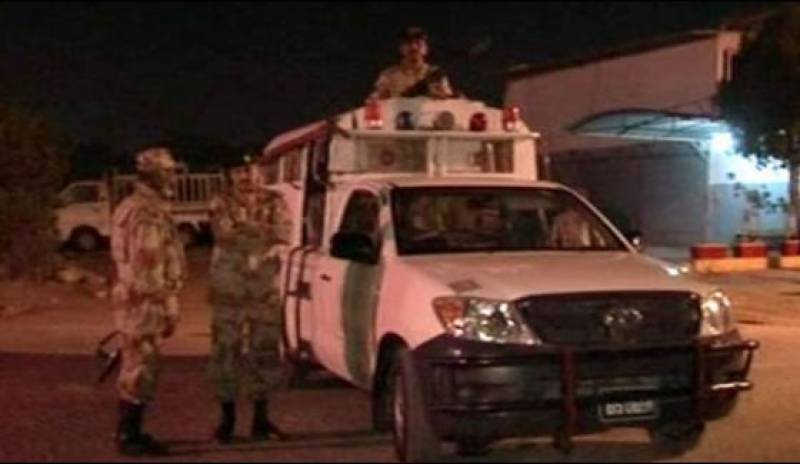 KARACHI – Sindh Rangers gained a major success in Karachi yesterday when on a tip of intelligence a deadly encounter was carried out in the Urdu Bazaar Karachi.

Four terrorists escaped during the Urdu Bazaar operation on Wednesday while four were arrested and four died, claimed the FIR of the incident. One of those died of a bomb blast. The four arrested suspects also include three brothers, reported Dunya News.

According to the case registered in CTD police station, Rangers were cordoning off the building when four suspects boarding a taxi opened fire on them. When Rangers retaliated, they left the taxi there and fled.

When the Rangers officials reached the third floor, grenades were thrown from a flat’s window and the stairs, damaging the Rangers’ cars. The terrorists kept firing from the windows continually. One of them came to the stairs firing but he died as the grenade exploded.

According to the FIR, Rangers fired teargas shells to bring the terrorists out. An explosion was heard at 2 am after which there was complete silence. When Rangers entered the flat at 2:45 am, they found the bodies of two terrorists, a woman and a girl. The killed terrorists were identified as Zahid, Hafeezullah, Muhammad Naeem and Afshan.

The residents of the building said that the flat always remained in dark and they never saw any food being cooked there. Four terrorists, including three real brothers, were taken away by the law-enforcing agencies. Naseeruddin, Sharfuddin, Rozuddin and Ismail will be handed to Counter Terrorism Department (CTD) after investigation.