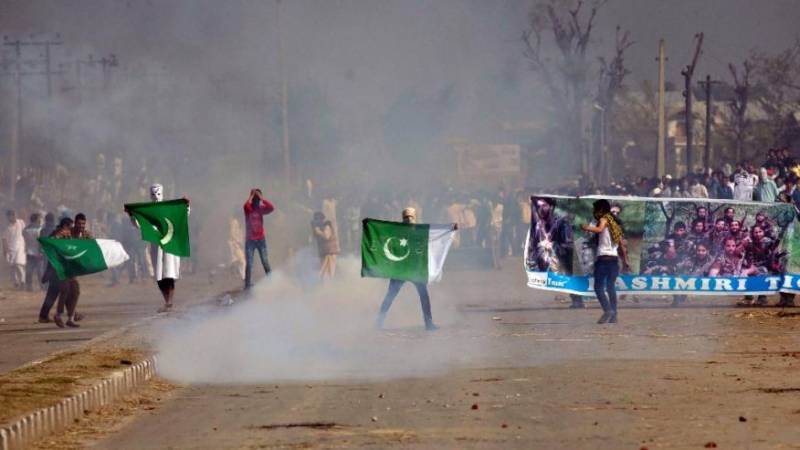 SRINAGAR: Authorities in Indian-held Kashmir on Wednesday ordered internet service providers to block popular social media services including Facebook, Twitter and WhatsApp after an upsurge in violence in the region.

In a statement, the local government said the services were “being misused by anti-national and anti-social elements” and should be blocked for one month or until further notice “in the interest of maintenance of public order.”

It is the first time the government has taken such a step, although it regularly blocks the mobile internet signal in the volatile Kashmir valley.Indian-held Kashmir has been tense since April 9, when eight people were killed by police and paramilitaries during by-election violence.

Anti-India sentiment runs deep in the valley, where most people favor independence or a merger with mainly Muslim Pakistan.

Clashes between rebels and government forces have become more frequent since the killing of a popular rebel leader by security forces last July sparked widespread unrest.

Earlier this week the leader of Jammu and Kashmir, the northern state that administers the area, held talks with Indian Prime Minister Narendra Modi on the developing crisis.

Hundreds of student protesters have taken to the streets in recent weeks, many chanting anti-India slogans and throwing rocks at police.

The students were angered by a raid earlier this month on a college in the southern district of Pulwama in which police tried to detain the alleged ringleaders of earlier protests.