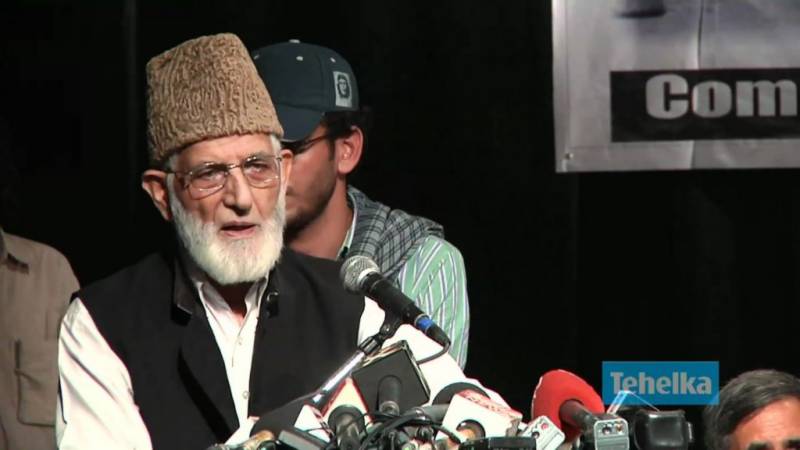 Syed Ali Gilani in a statement issued in Srinagar said,"There is no legal justification for continued detention of Masarrat Aalam Butt as the court has granted him bail in all cases.

The Indian agencies don't want him released and are creating hurdles," KMS reported.

He pointed out that the puppet rulers were following these agencies and thus prolonging the detention of Masarrat Aalam.

"They are incompetent and helpless to such an extent that they could not make a free and fair decision on Aalam's release.

They are voice of their masters in New Delhi and left with only one option - to follow dictates from their masters," he added.

The Jammu and Kashmir Muslim League in a statement also denounced the re-arrest of its Chairman, Masarrat Aalam Butt, terming it as the worst example of political vendetta.

He said that the puppet administration was subjecting the detainees to vengeance. Demanding immediate release of Masarrat Aalam Butt and Muhammad Rustum Butt, he appealed to the world human rights organizations to take cognizance of unlawful detentions and prevailing grim situation in the territory.

The APHC Chairman also expressed concern over the killing of a political worker, Advocate Abdul Ghani Dar. "There is no justification for these killings," he said. (APP)