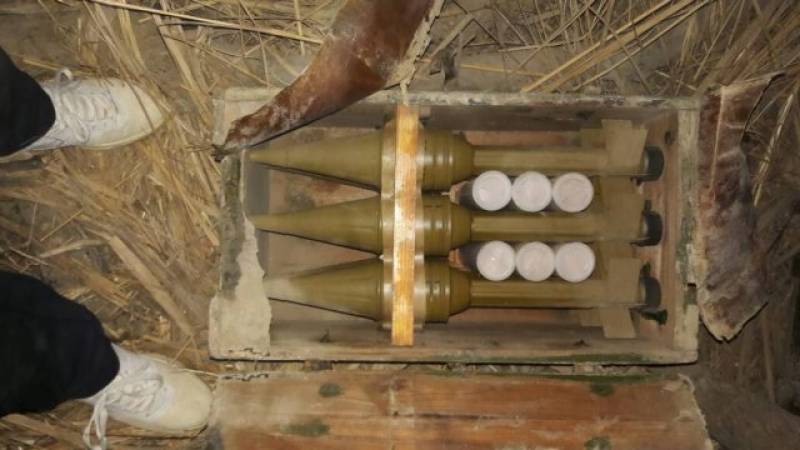 ZHOB: Frontier Corps Balochistan were able to avert a huge terrorist activity by seizing large amounts of rockets and explosives during a search operation conducted on Wednesday.

A statement from the Inter-Services Personnel Relations revealed that a large amount of explosive, ammunition and rockets were seized by FC Balochistan in an area of Zhob.

The weapons were discovered by the security forces after a search operation had been conducted in the area.

Security forces have launched Operation Radd-ul-Fasaad against the remaining elements of terrorism in the country to rid the state of them and to further continue the success of Operation Zarb-e-Azb.