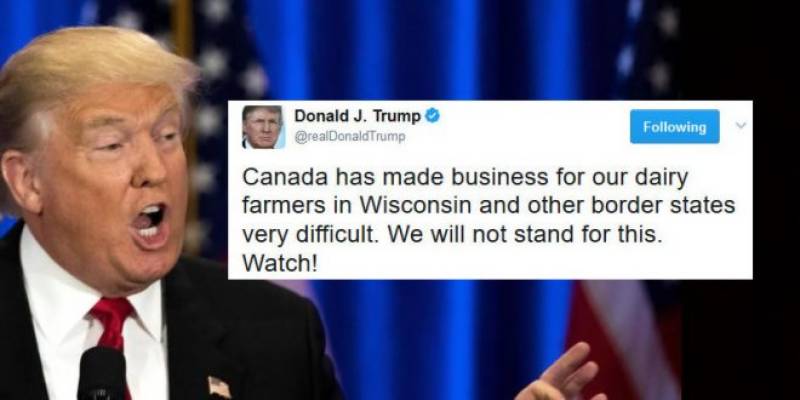 WASHINGTON: Trade tensions spiked between Washington and Ottawa on Tuesday as President Donald Trump accused Canada of being "very rough" on America and threatened to retaliate against restrictions on US dairy products.

"People don't realize, Canada has been very rough on the United States. Everyone thinks of Canada of being nice but they've outsmarted our politicians for many years," Trump told a group of farmers at the White House.

He said Canada was hurting American dairy farmers near the border, from Wisconsin to New York, by blocking dairy exports "and we're not going to put up with it."

Trump's aggressive comments echoed a tweet he sent earlier in the day, just hours after the Commerce Department announced it was imposing tariffs of up to 24 percent on Canadian softwood lumber, which it says is improperly subsidized. (APP)