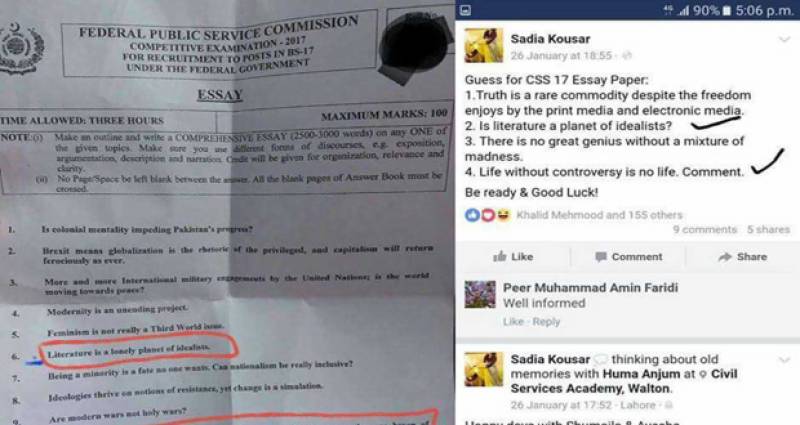 ISLAMABAD: A lower court of Islamabad Wednesday extended the judicial remand of an accused involved in uploading fake papers of CSS examination on social media till May 9.

Accused Muhammad Arif Khan was produced in the court of Senior Civil Judge Abdul Ghafor Kakar by the Federal Investigation Agency (FIA) after completion of his 14-day judicial remand.

The FIA submitted the challan of the case with the court declaring the accused responsible for the crime.

The forensic report of accused's laptop computer and mobile phone record had verified his practice of forgery and misconduct through social media.

It may be mentioned here that the FIA had lodged a first information report (FIR) against Arif Khan on the complaint of Federal Public Service Commission (FPSC) for allegedly updating fake CSS papers on Facebook.

The accused, who was a resident of Faisalabad, had made a fake Facebook in the name of Sadia Kausar and used to upload fake CSS papers on it. (APP)