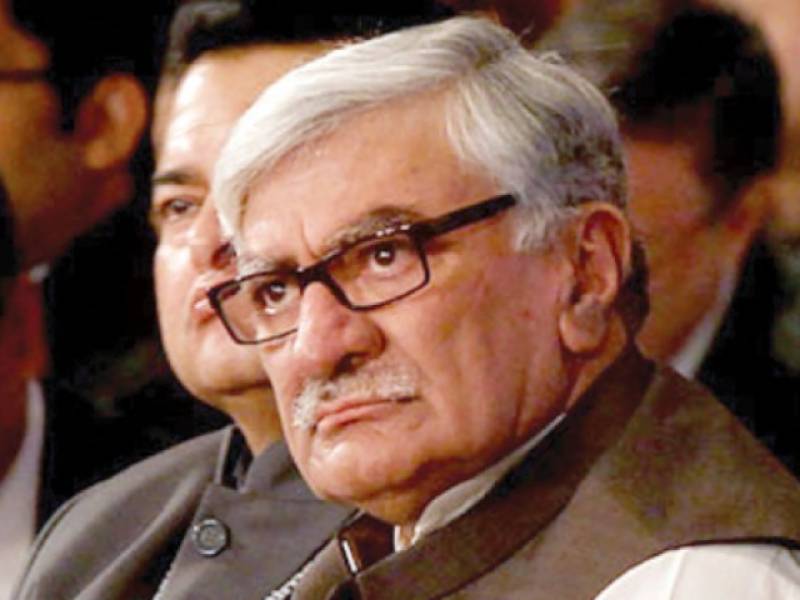 PESHAWAR: President of Awami National Party (ANP), Asfandyar Wali Khan Wednesday declared that his party would not become part of any movement seeking resignation of the Prime Minister.

He was talking to media persons here, after attending meeting of the consultative committee of the party.

He said that we would accept the decision of the Supreme Court to be made after the JIT report like the present decision in the panama case by the apex court.

"We are not with a particular person or the party but standing with the Supreme Court," he explained.

He ruled out the possibility of Martial Law saying the grounds situation was totally different today.

He reiterated that ANP would never support resignation of the Prime Minister.

He questioned if they had accepted the court's decision.

Prime Minister, Muhammmed Nawaz Sharif had not been given clean chit by Supreme Court, he observed, adding dissent notes were made in majority of the cases, however the majority verdict of the court was prevaild.

Those who did not accept verdict of the Supreme Court, how they would accept the decision of the JIT investigation report, he added.