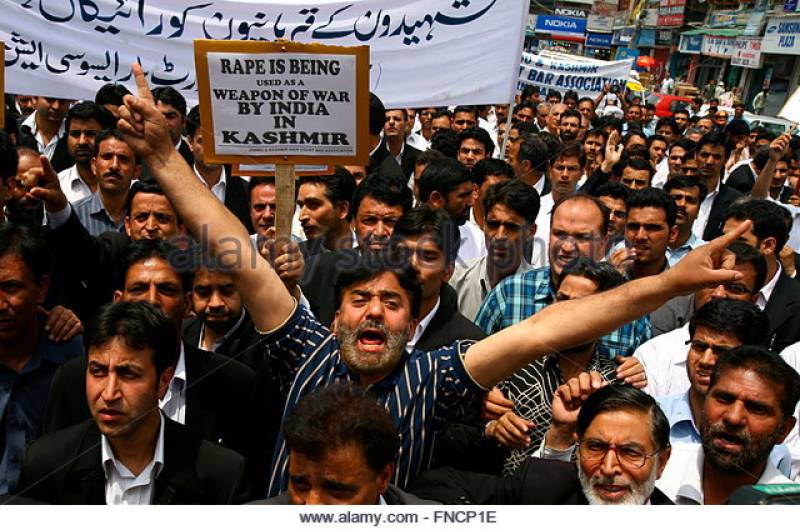 The Islamic Political Party Jammu and Kashmir organized a silent protest demonstration at press enclave in Srinagar on Tuesday against the unabated oppression of Indian forces in the territory.

The demonstration was led by the party Chairman, Mohammad Yousuf Naqash, to protest against the Indian brutalities including the recent killing of five civilians and injuring of dozens of others in the indiscriminate firing of Indian troops and police personnel on peaceful protesters in Handwara and Kupwara, KMS reported.

Talking to media persons on the occasion, Yousuf Naqash said that the Indian forces had been tasked to kill, oppress and intimidate the Kashmiris to suppress their legitimate freedom struggle recognized by world apex body, the United Nations, through its several resolutions.

"It is unfortunate that world community has maintained silence over India's state terrorism in Kashmir. New Delhi despite being signatory to international human rights covenants is trampling them under feet," he added.

Yousuf Naqash appealed to the international community including the UN Human Rights Council and world human rights organizations to come to the rescue of the Kashmiris and save them from the Indian atrocities and conduct an impartial probe into all human rights violations committed by Indian forces in occupied Kashmir.