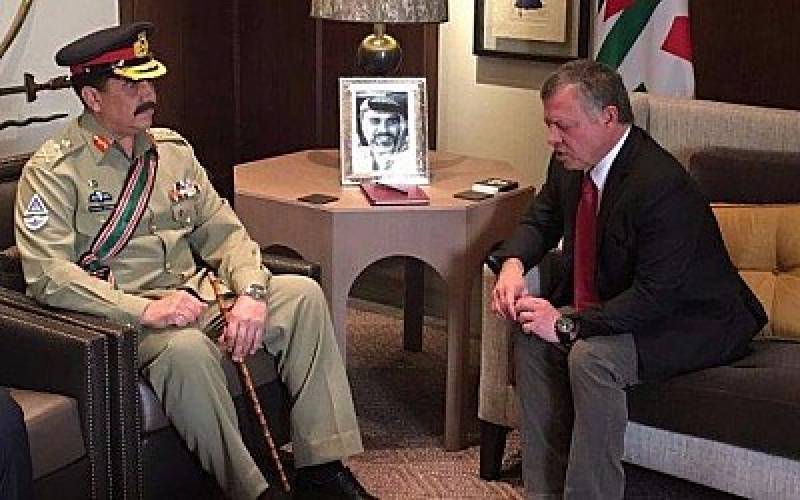 Chief of Army Staff, General Raheel Sharif, who is on an official visit to Jordon on Tuesday called on King Abdullah II at King's Palace.

Both the leaders agreed that Pakistan and Jordan shared a great history of cordial relations and deep rooted spirit of brotherhood, which is transforming into enduring partnership.