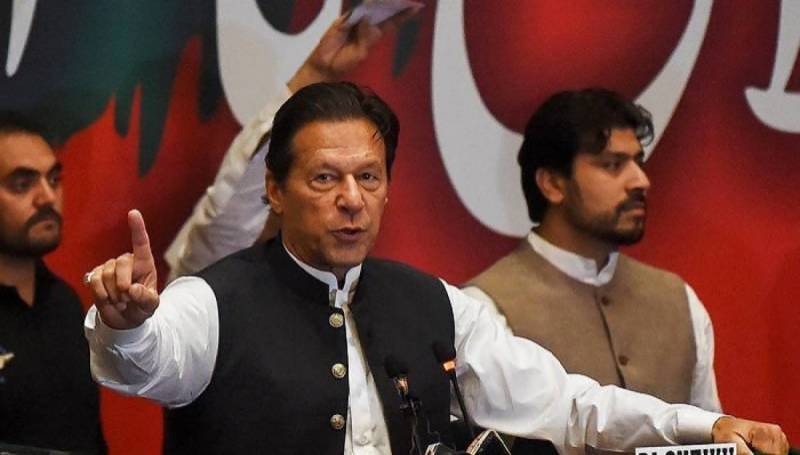 ISLAMABAD – Former prime minister and PTI Chairman Imran Khan Saturday announced that his party will return to the National Assembly if the government announces to launch a probe into a cipher sent by the Pakistan’s ambassador to Washington allegedly hinting at a foreign plot behind no-confidence against him.

Days before the voting on no-confidence motion, Khan had claimed that the move was being supported by the foreign powers. He alleged that the plan to oust him was designed by the US, which has been declining the allegations.

His claims were based on the cipher sent by then-envoy Asad Majeed about his meeting with US Assistant Secretary of State for Central and South Asia.

Addressing a public gathering on March 27, Imran Khan waved a paper what he dubbed as a “threat letter” and said Pakistan had been warned of dire consequences if he was not removed from the PM office.

Days after he failed the confidence vote, majority of the PTI MNAs had submitted their resignations to then acting NA Speaker Qasim Suri in protest.

Taking to journalists in Islamabad, the PTI chief said that establishment is realty. “We have had good relationship with establishment but didn’t know when and how they got disturbed”.

Lashing out at the government for prevailing financial crisis in the country, he said that the Shehbaz Sharif and Miftah Ismail had pushed the country towards default.

He said that the coalition government just wanted to end corruption cases against their leaders, adding that former premier Nawaz Sharif is also planning to return to Pakistan.