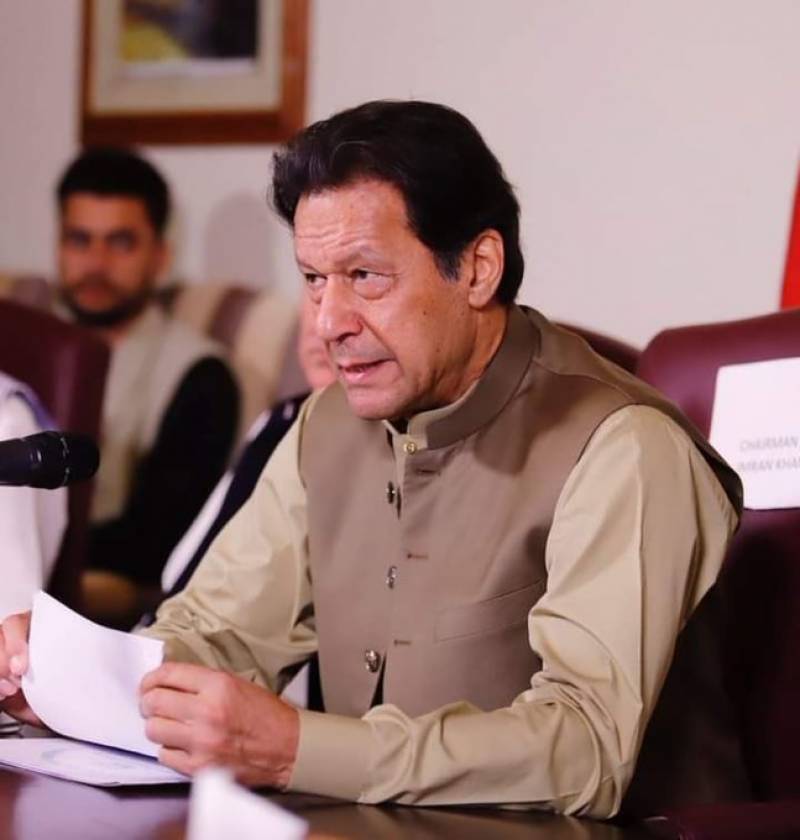 *Karak: Chairman Pakistan Tehreek-e-Insaf (PTI) Imran Khan has said that Maryam Nawaz and Shehbaz Sharif’s audio leak proves that they can ignore Kashmiri’s struggle and illegally import machinery from India for their gains.*

Addressing the public gathering in Karak, the PTI Chief said that America carried out 400 drone attacks in our country and killed innocent people. But the rulers did not usher a word against them because their properties are in foreign countries, he added.

Imran Khan said that he would soon give a call to his supporters to steer the country out of the quagmire.

Imran Khan reiterated that the country will be stuck in a quagmire if the “imported government’s” tenure is prolonged further. He further said that both parties PPP and PML-N had given themselves an NRO and closed down corruption cases worth Rs1,100 billion.

He added that Pakistan cut off all trade ties with India after they abolished Kashmiri’s right to self-determination and violated the UN charter. But, this government is trying to restore ties with India, they are ready to neglect the struggle of Kashmiri people for their gains, he added.

Imran Khan said that the audio leak proves that their only purpose is to hoard money and nothing else. 60% of the cabinet is facing corruption charges, they have derailed the process of accountability by amending the NAB laws, he added.

He said that Rana Sanaullah used massive teargas shells against PTI women and children on May 25 as we were not fully prepared. He added that the minister will not find a place to hide this time around.

He added that it is a disgrace to our people that our Prime Minister goes around the world begging for aid. No country can progress by begging for loans and not expanding its production and exports, he added.