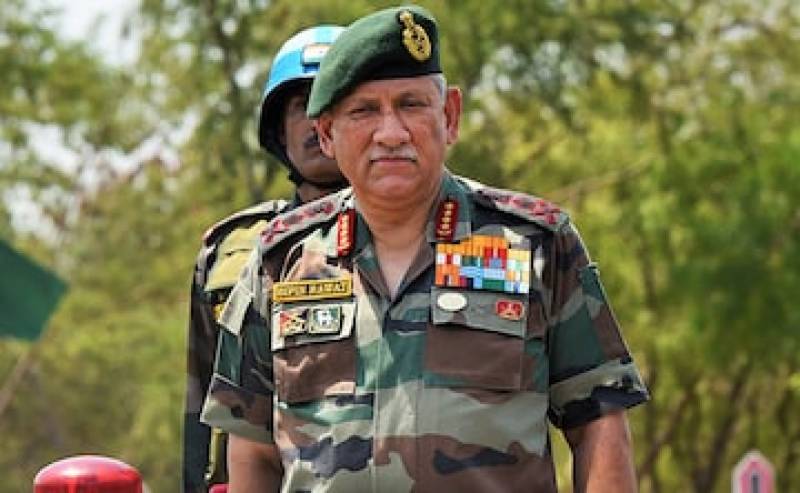 Army chief General Bipin Rawat feels that there is no curfew and lockdown in Occupied Kashmir and everything is absolutely routine normal.

He said people were moving around freely in the Kashmir valley and those claiming that there was a shutdown were the ones whose survival depended on terrorism, hinting at Pakistan.

He was interacting with reporters after presenting President's colours to 29th and 30th battalions of the Punjab Regiment in Jharkhand's Ramgarh.

"Normal life in Jammu and Kashmir has not been affected. People are doing their necessary work, a clear sign that work has not been stopped and people are freely moving around. Those who feel that life has been affected are the ones whose survival depends on terrorism," he said.

General Rawat said brick kilns were functioning normally, trucks were transporting sand and shops were open, reflecting that life was normal in the valley.

The Army chief deflected a question about whether there was tension along the Line of Control, saying people were facing trouble because of Tuesday's earthquake in Pakistan Kashmir.