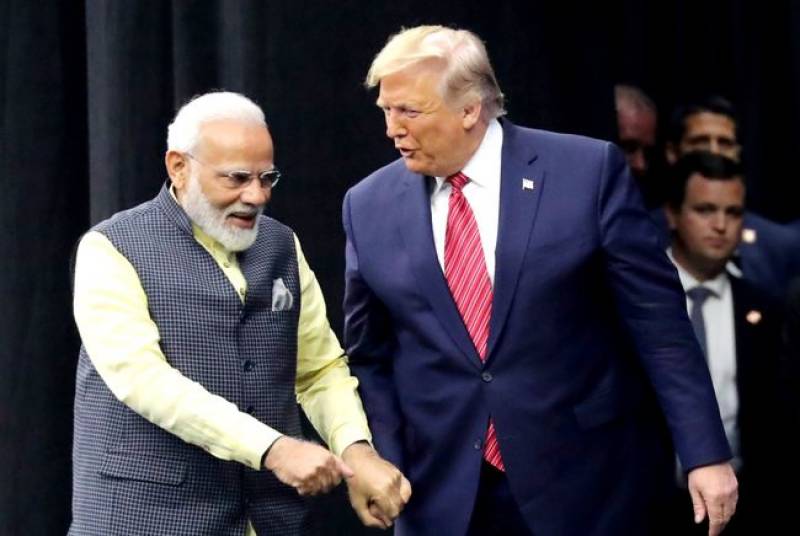 ISLAMABAD - Over the issue of Dialogues with Pakistan, Indian PM Modi tell President Trump that India is not shying away from dialogues.

Indian Prime Minister Narendra Modi said on Tuesday that India is not shying away from talks with Pakistan and has urged it to take concrete steps to tackle terrorism but they have not made any efforts to combat the menace, ANI has reported.

"The Prime Minister made it clear (to Trump) that we are not shying away from talks with Pakistan but we expect certain concrete steps to be taken by Pakistan before that, and we don't find any efforts by them," Foreign Secretary Vijay Gokhale told reporters at a briefing here after the bilateral meeting between the two leaders.

India raised the challenges it has been facing with regard to terror especially in Jammu and Kashmir since last 30 years, Gokhale said.