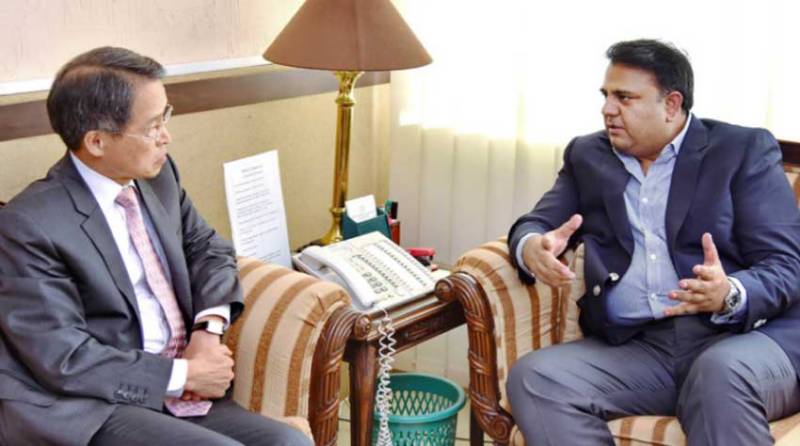 Minister for Information and Broadcasting Chaudhry Fawad Hussain says Pakistan highly values its bilateral relations with Japan and would like Tokyo to invest in the domain of media and information besides the economy.

Talking to Ambassador of Japan Takashi Kurai in Islamabad on Monday, he said that media could be an effective tool not only in promoting positive image of the country but also countering narrative of extremists and terrorists.

He proposed the establishment of media cities in the suburbs of Karachi and Islamabad having state of the art studios and equipment with Japanese assistance and cooperation.

The ambassador of Japan stressed the need to enhance political and diplomatic exchanges and broadening of cooperation in the fields of law, media and information.

He said that Japan looked forward to the completion of projects under CPEC that would benefit Pakistan and its people.