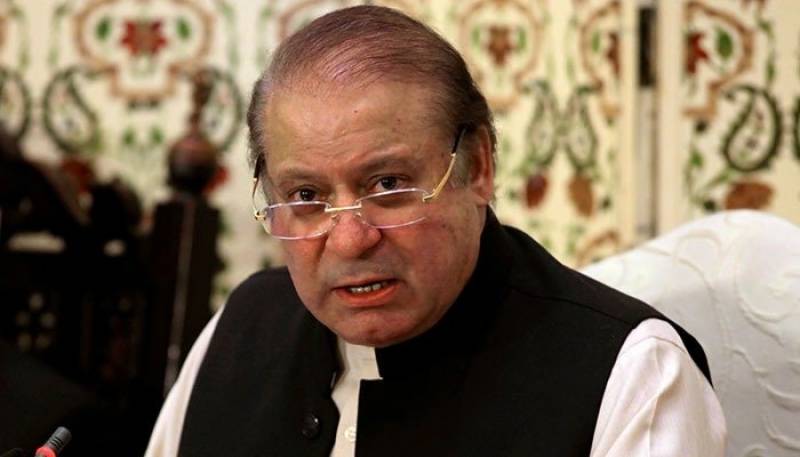 LONDON: United Kingdom’s Home Office confirmed that it has received a letter from the Pakistan authorities seeking the “deportation” of the former prime minister of Pakistan Nawaz Sharif so that he can serve his remaining jail term.

A source in the British government said the letter was received around two weeks ago and it has not been dealt with as yet. The letter has been marked for the attention of Home Secretary Priti Patel.

A spokesman of the Home Office, when asked about the letter by Geo News, refused to comment on the status of the letter. However, a source in the British government said that the Pakistan government has written at least four letters so far seeking the return of Nawaz Sharif in the last one year, since Nawaz Sharif’s arrival here on medical grounds after the government of PM Imran Khan permitted him to travel to London for his urgent medical treatment.

It's understood that in previous letters, the Pakistani government was seeking the extradition of the PML-N supremo but in the latest letter Islamabad has asked the UK government to “deport” him. They have cited the reason that Nawaz has been convicted and violated an agreement with the government.

*Also read: Will go to UK if need be to bring Nawaz Sharif back, says PM Imran Khan link*

The latest letter says Home Secretary Priti Patel is “duty bound” to deport Nawaz because he was temporarily released from prison in Pakistan and given permission to leave the country for eight weeks only.

A source in the Pakistani government, told Geo News, that PM Imran Khan had personally seen and approved the letter. He added the approval was given after Shahzad Akbar, an adviser to PM on accountability, prepared it urging the British government to deport the ex-premier who has become fully active in Pakistani politics for the last six weeks from his office just off Edgware Road.

The letter informs Patel that Nawaz has been “responsible for pillaging the state”.