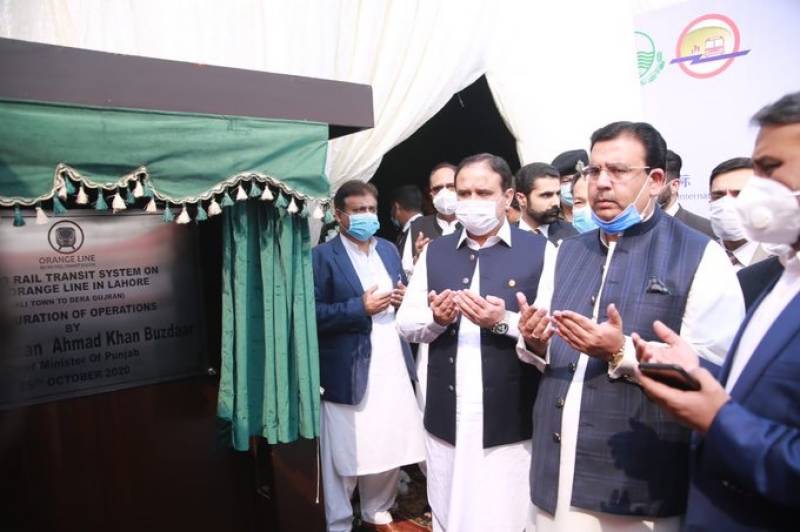 This project comprises twenty six stations and tracks spanning over 27.12km.This is the first electricity-run public transport project through which around two lac fifty thousand commuters will travel daily.

This train service will start for general public from tomorrow.

This project would lessen transport load on Multan Road and would provide a world-class public transport facility to the citizens.

Orange Line Metro Train is the first transport project under CPEC which is also a symbol of Pakistan-China friendship and a gift for the people of Lahore.

He thanked Chinese Government for extending support to provide world class transport facilities to the people of Lahore.

The Chief Minister invited Chinese companies and investors to invest in different sectors of the province.