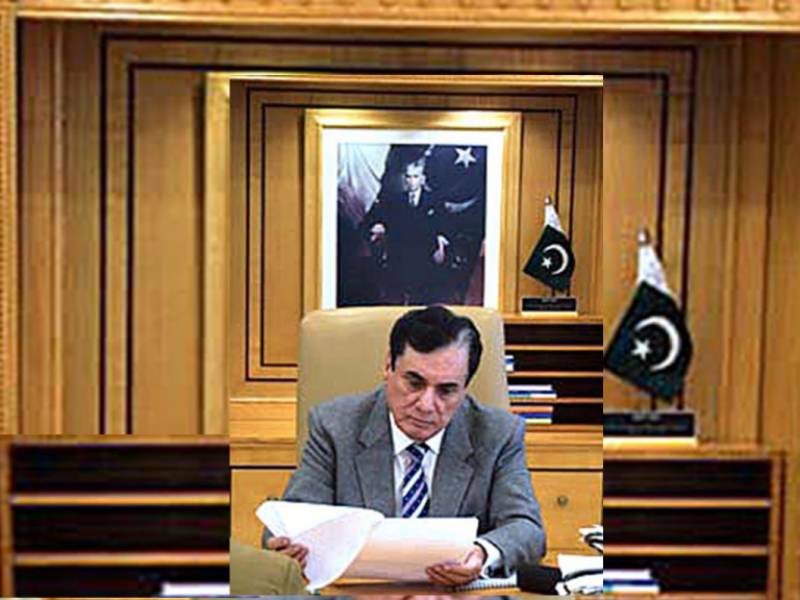 KARACHI: National Accountability Bureau (NAB) Chairman Justice (Retd.) Javed Iqbal on Thursday recalling the message of Quaid-e-Azam against corruption and its negative impacts on the society, asked the investigation officers to perform their duties with full dedication for the elimination of corruption from the country.

During his visit to NAB Karachi Regional Bureau, he said that father of the nation Quaid-i-Azam Muhammad Ali Jinnah in his address to the Constituent Assembly of Pakistan had termed bribery and corruption as one of the biggest curses.

“We must put it down with an iron hand," according to a statement.

The Chairman NAB said that NAB was established to fight and eradicate corruption in a holistic and integrated manner.

NAB was striving to accomplish its mission to rid the nation of corruption and corrupt practices.

He said that NAB's operational methodology had set three stages for proceeding of cases complaint verification, inquiry and investigation.

Justice (Retd.) Javed Iqbal said that starting with the year 2017, which could be called basically a year of re-invigoration of NAB, we have moved with new zeal and effort.

A total of 10 months had been laid down from start – to its logical conclusion as per law.

He said that NAB preamble emphasized on recovery of looted money if accused was willing to return the same.

He said that once the case had been upgraded to Investigation Stage and if an accused now makes the request to return ill-gotten money then it was called Plea Bargain.

The accused was required to pay the full amount plus Kibor Rate.

His request for Plea Bargain was always submitted in respective accountability court for approval.

Plea Bargain had other implications as it was a deemed conviction.

The Chairman NAB said that since its inception, NAB had adopted enforcement-based approach in its fight against corruption.

Special focus was therefore being given to awareness and prevention activities besides to educate the people at large about ill-effects of corruption.