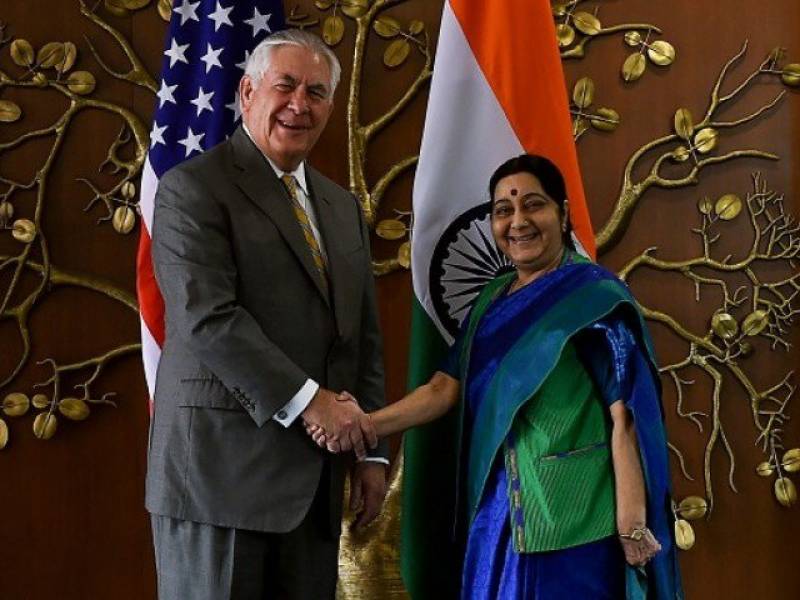 NEW DELHI - US Secretary of State Rex Tillerson said Washington backed India as a leader in the region.

Addressing a joint press conference in New Delhi along with Minister of External Affairs of India Sushma Swaraj, Tillerson said that India was crucial to Afghan strategy.

In an apparent reference to Pakistan, he said that terrorist safe havens will not be tolerated.

The statement comes a day after the, US Secretary of State visited Pakistan pressed Islamabad to speed up its efforts against terrorism but also said that it was an ‘incredibly important’ player to deal with some of the pressing challenges facing the region.

On his maiden visit to Islamabad, Secretary Tillerson – while renewing the US demand seeking action against Afghan Taliban and the Haqqani network – said many of the solutions to the regional challenges have to be found in Pakistan in a statement that underlines the importance of Islamabad in the Trump administration’s new strategy for Afghanistan and South Asia.

Meanwhile, India has agreed to hold talks on Afghanistan with the United States and Kabul, Indian Foreign Minister Sushma Swaraj said on Wednesday after meeting Tillerson.