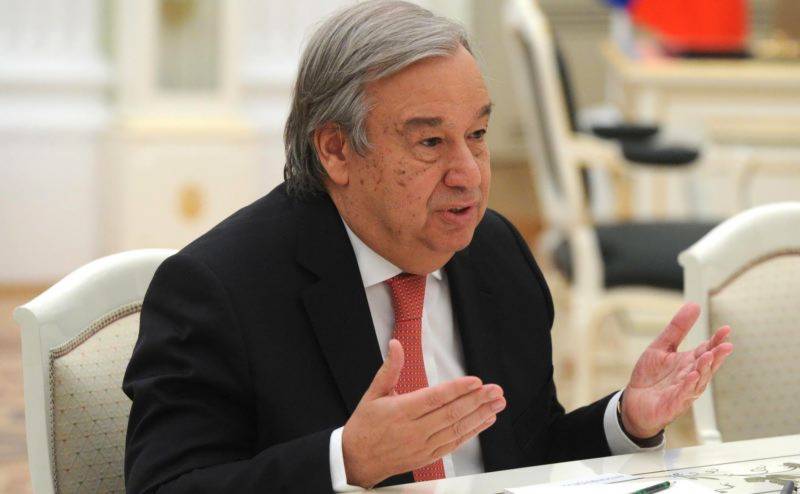 Crowds of people braving heavy rain lined the road from Bangui airport to the capital to greet him.

On the first day of his visit, which coincided with United Nations Day, Guterres led a wreath-laying service in honour of peacekeepers killed in action.

"As we have unfortunately seen, there are times when troops have been killed while building peace here in Central Africa."

During his four-day stay, the UN chief will hold talks with political leaders in Bangui and visit the southeastern town of Bangassou, one of the worst-hit regions for violence.

Guterres is also expected to meet victims of sexual abuse by UN peacekeepers -- part of an effort to address damaging allegations that have hit the blue helmets in several missions.

In the run-up to Guterres's visit, Christian and Muslim leaders urged the United Nations to overhaul its peacekeeping strategy, which some have criticised as being too passive.

"A revision of strategy" has to go hand-in-hand with a mandate for UN troop renewal, Protestant leader Nicolas Guerekoyamene-Gbangou told AFP during a joint interview on Saturday with the country's Muslim and Catholic leaders.

The UN has a force of some 12,500 troops and police on the ground in CAR to help protect civilians and support the government of Faustin-Archange Touadera, who was elected last year.

Known as MINUSCA, its mandate -- which expires on November 15 -- is due to be renewed, and Guterres is looking for reinforcements.

CAR, one of the world's poorest nations, has been struggling to recover from a three-year conflict between nominally Muslim and Christian militias that started after the 2013 overthrow of Francois Bozize.

Between 2013 and 2016, acting under a UN mandate, France intervened militarily to push out the Muslim Seleka rebels and the United Nations launched its peacekeeping mission in 2014.

But the country remains plagued by violence.

Thousands have lost their lives and half a million people have been displaced, according to the UN, out of a population of roughly 4.5 million.

Since May, renewed clashes in the southeast have pitted armed groups against each other as they compete for control of minerals and areas of influence, while claiming to protect communities.

"The religious stance has been used only for political ends, for looting and for making off with the riches beneath the soil," said Oumar Kobine Layama, head of the Islamic Conference in CAR. "This is not a religious conflict."

The UN chief's stay will be his first visit to the Central African Republic since taking office on January 1, although he regularly visited the country as former head of the UN refugee agency UNHCR.

In his latest report to the Security Council on CAR, Guterres requested reinforcements of 900 troops, but whether this will have a decisive impact on the ground is unclear.

Aid organisations say they are extremely worried about security.                  "Humanitarian law is no longer being respected in CAR," Frederic Manantsoa Lai from Doctors Without Borders (MSF) told AFP, warning that humanitarian groups can no longer access many parts of the country due to armed militias.

"We are reaching our limits in terms of humanitarian aid because of a lack of security," he said.

"Since September 2016, we have seen a dozen intrusions in MSF hospitals -- two women forcibly removed from Bangassou hospital and killed outside... in Zemio, a two-year-old child brutally murdered in hospital. The population is completely surrounded, and we are more and more exposed, we are taking more and more risks."