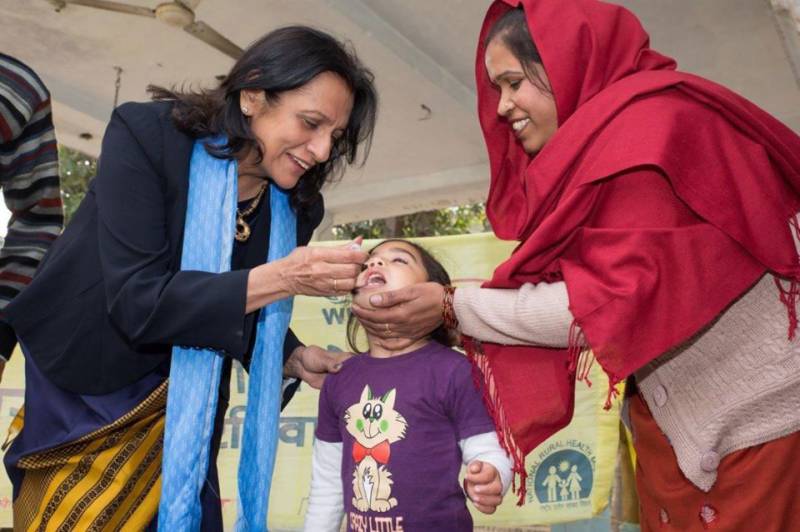 UNITED NATIONS: Despite progress towards global eradication of polio, sustained commitment is needed to overcome the final hurdle and stamp out the disease once and for all, the United Nations health agency has said, marking the World Polio Day.

So far in 2017, a total of 12 cases of polio had been reported, in two countries, fewer cases than ever before [and] innovative methods have put eradication within reach,Christian Lindmeier, a spokesperson for the World Health Organization told journalists at the regular news briefing at the UN Office in Geneva.

Challenges remain, especially in these polio-endemic countries [and] sustained commitment is needed to overcome those challenges and eradicate polio once and for all, Lindmeier added.

Polio a debilitating disease which mainly affects young children is caused by a virus that is transmitted by person-to-person spread mainly through the faecal-oral route or, less frequently, by a common vehicle (such as contaminated water or food) and multiplies in the intestine, from where it can invade the nervous system and can cause paralysis.

The disease has no cure, but can be prevented by immunization.

In the past year, over 400 million children around the world received the polio vaccination, giving them vital protection against the disease.