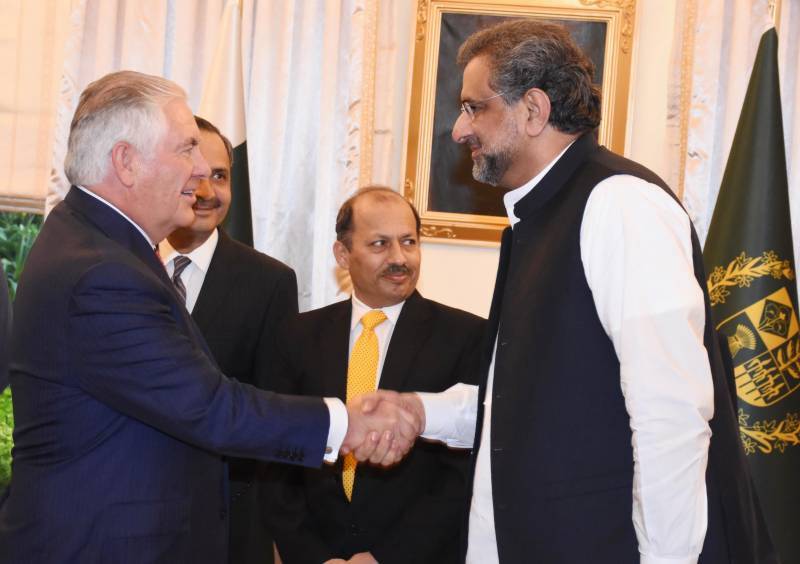 The understanding reached between two countries during meeting of US Secretary of State with PM Abbasi in Islamabad.

Pakistan and the United States have agreed to continue the pace and scope of high level engagements in future.

The understanding reached between the two countries during a meeting of US Secretary of State Rex Tillerson with Prime Minister Shahid Khaqan Abbasi in Islamabad.

The prime minister underlined the importance of high level engagements between the two countries and expressed satisfaction on the progress made during the interactions in recent months.

He informed the visiting delegation of the significant strides Pakistan had made in improving its overall security and economic environment.

The Pakistani delegation outlined the government's policy of a peaceful neighbourhood and steps taken to promote cooperation and stability in Afghanistan and the region.

The US delegation was informed that progress in promoting peace and stability in the region was linked to the resolution of the Jammu and Kashmir dispute.

The US delegation was also apprised of the tremendous sacrifices made by the Pakistani nation, security forces and law enforcement agencies in the war against terror.

The delegation was also informed of the ongoing efforts for securing the Pak-Afghan border.