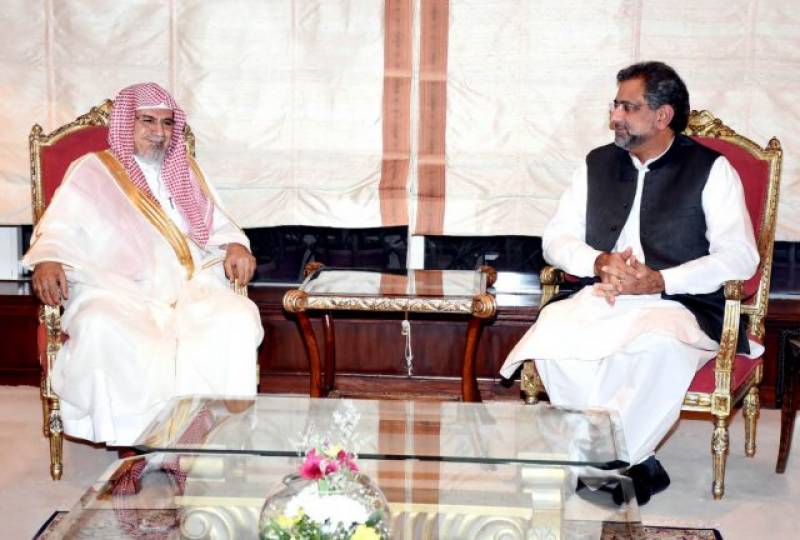 He expressed these views in a meeting of the Federal cabinet chaired by Prime Minister Shahid Khaqan Abbasi. Imam-e-Ka’aba attended the meeting on the special invitation, said PM office media wing in a press release.

He said Pakistan always supported his country on different occasions.

Dr Saleh bin Humaid expressed his pleasure and gratitude at the invitation extended by the Prime Minister of Pakistan and providing him an opportunity to address the cabinet.

He conveyed greetings on the behalf of the Custodian of the Two Holy Mosques, the Crown prince, Ulema and the people of Saudi Arbia.

The Imam-e-Ka’aba underscored piety, sincerity and performance as vital ingredients for attaining prosperity and development.

Those countries in the world had been in a state of instability which failed to keep unity and harmony among their ranks.

He stressed upon further strengthening of the unity and taking decisions in the larger interests of the country, irrespective of personal leanings.

Dr Saleh also recounted his previous visits to Pakistan and said that he always considered it as his home.