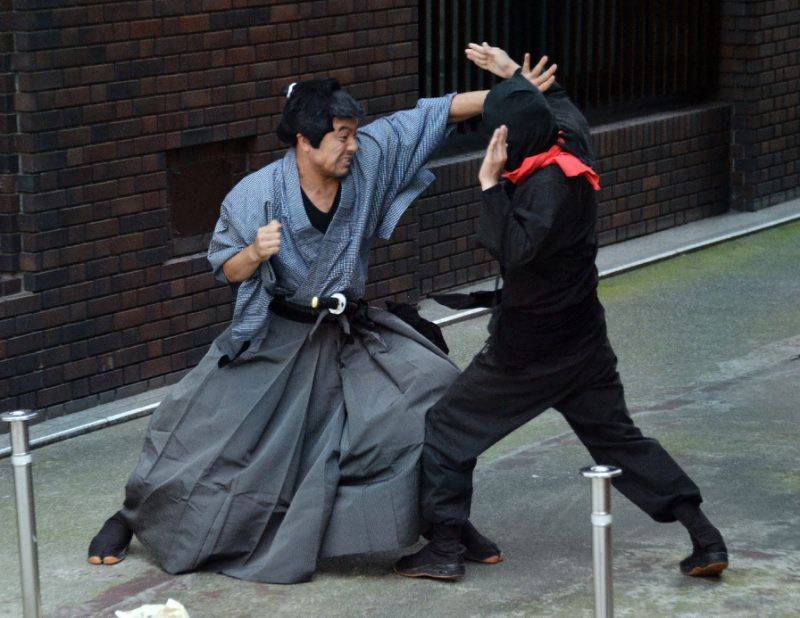 Tokyo: Japanese police have finally nabbed a nimble "ninja" thief who dressed in black and scrambled over walls to commit scores of break-ins over an eight-year career -- and were astonished to find he was 74.

Police in the western Japanese city of Osaka had been stumped by a string of burglaries, their only lead being security camera footage showing an agile thief with a black neck-warmer pulled up to the nose and a parker hood down to the eyebrows.

"He was dressed all in black just like a ninja," a senior official at the Kawachi police station told.

But the master thief made a mistake in May -- his neck-warmer slipped and his identity was revealed on camera.

Police recognised their man as Mitsuaki Tanigawa, 74, who had a previous record of thefts.

They then started watching the aged crook and tried to trap him.

"Investigators watched him doddering out from his house like any other old man during daytime. He then went to an abandoned apartment room where he changed and waited until it got dark," the official said.

"When he came out in the dark, he was all in black... He did not take ordinary streets, squeezing through tight spaces between houses and running on the tops of walls," he added.

As investigators were unable to pursue the agile thief to catch him in the act, they finally pounced when he came back to his hideout at 4am after robbing an electronics store.

Under arrest, Tanigawa said he "hated working and thought stealing is quicker," according to the police official.