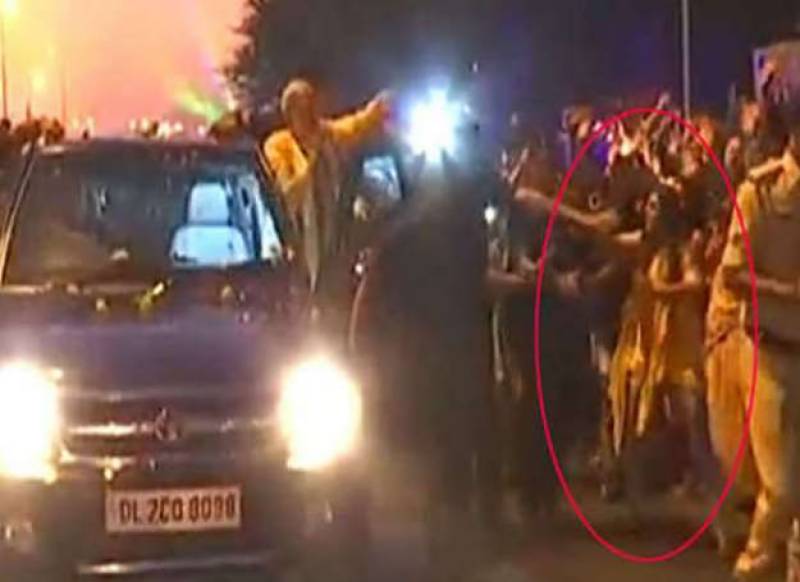 A viral video shows the activist, Chandrika Solanki, the president of Contract and Fixed Salary Struggles Committee women wing and affiliated with the Accredited Social Health Activist (ASHA), leading a protest and throwing bangles at Modi when his car passed the VUDA circle, Daily Bhaskar reported.

She was leading the protest demanding the benefits like identity cards, fixed working hours and maternity leaves similar to that of permanent government employees.

Nearly 250 ASHA workers were reportedly detained at the Vadodara district till the time PM’s programme at the Navlakhi ground ended.

The activist claimed that she was immediately detained by the police and only let go after the prime minister reached the airport.