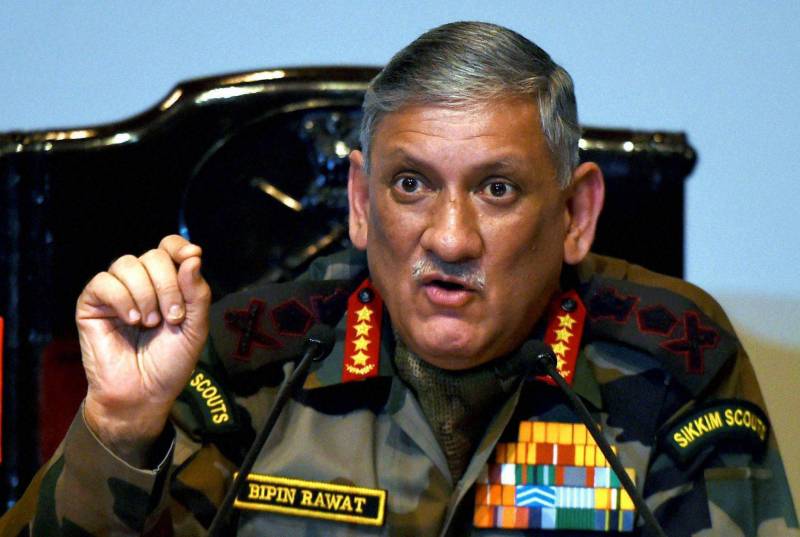 NEW DELHI: Indian Army Chief Bipin Rawat on Wednesday warned of a Uri like terror attack in the days to come while expressing concerns about the security of vital installations in the hinterland.

Security of installations in hinterland is becoming a cause for concern. We are getting reports of Uri-like terror attacks well in depth, Army Chief Bipin Rawat was quoted as saying by ANI.

Rawat, while stressing on the need for faster upgradation of the Indian armed forces, also called for heightened surveillance and reconnaissance on the borders for tracking the movement of adversaries.

Major requirement as of now is intelligence, surveillance and reconnaissance to keep eye on adversaries on western and the northern borders, the Army Chief said.

We are also looking at Electronic Warfare (EW) system to keep an eye not just on borders but in hinterland also, Rawat added.

Rawat further said that the appointment of an interlocutor for Jammu-Kashmir will not impact Army operations in the state.

The government had on Monday announced that former IB director Dineshwar Sharma will lead talks with stakeholders in the insurgency-hit state.

''The government has appointed him. Let him work. His appointment is not going to affect Army Operations,” Rawat said, adding that “the situation (in the Valley) has improved with “infiltration on the decline”.

Rawat had sometimes back warned that the Indian Army will carry out another surgical strike, if required.

Sending out a stern warning to terrorists across the border who are waiting to attack India, Rawat had said, “The surgical strike was conducted to send a message and if our adversaries do not understand, it will be repeated. The terrorists across the border are sitting ready. On this side of the border, we are also ready for them. They will come here, we will receive them and we will bury them two feet below the ground.”

Last year, on September 18, four militants had carried out a brazen attack on an Army base in Uri resulting in the deaths of 19 soldiers and injuring several others.