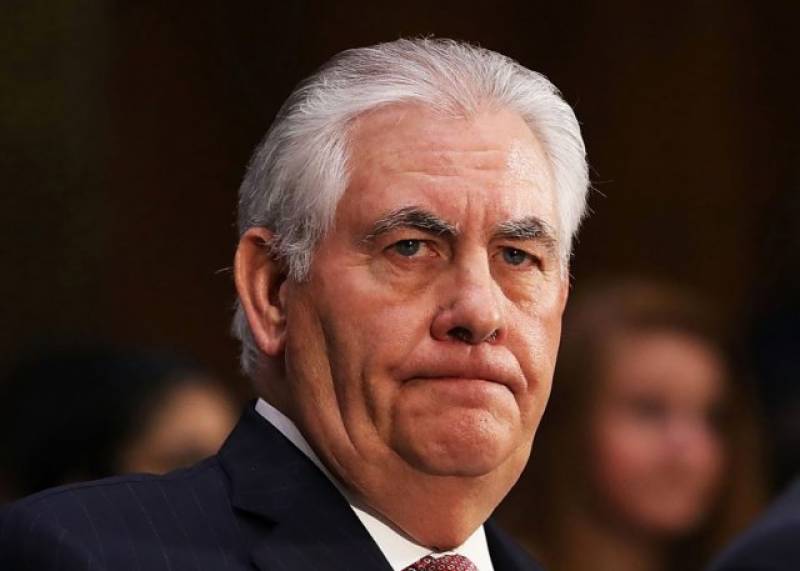 NEW DELHI: Secretary of State Rex Tillerson said Wednesday the United States was concerned that extremist groups pose a threat to the “stability and security” of the Pakistan government.

Tillerson, who arrived in New Delhi late Tuesday after Islamabad, said the US was worried that too many extremist groups were finding safe havens inside Pakistan from which to launch attacks on other nations.

“Quite frankly my view — and I expressed this to the leadership of Pakistan — is we also are concerned about the stability and security of Pakistan’s government as well,” he told reporters in New Delhi.

“This could lead to a threat to Pakistan’s own stability. It is not in anyone’s interests that the government of Pakistan be destabilised.”

Tillerson’s warning followed an unannounced stop in Afghanistan Monday, where he reiterated US commitment to the country and warned that Washington has made “very specific requests” of Pakistan over militancy.

In New Delhi the Secretary of State thanked his Indian counterpart Sushma Swaraj for standing “shoulder to shoulder” with the US in combating extremism in the region.