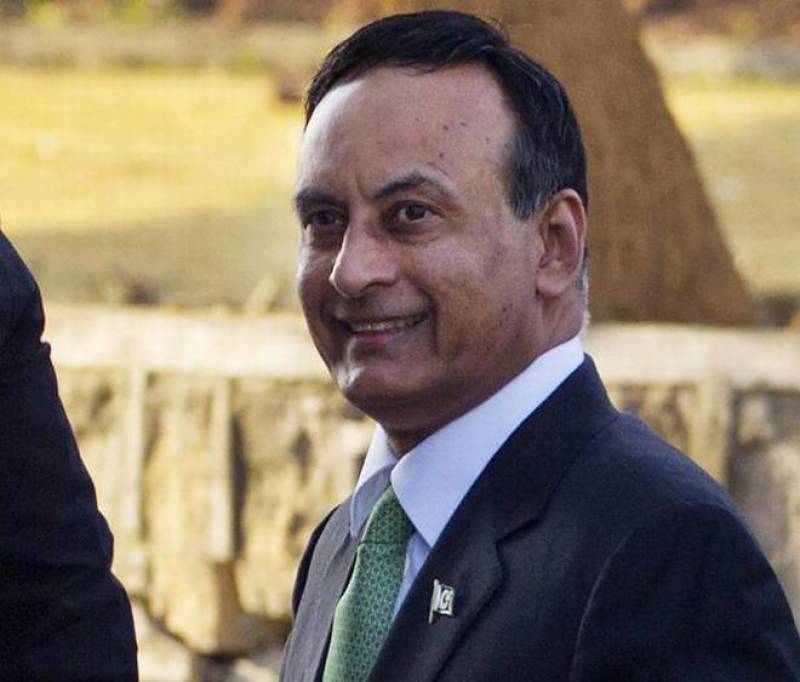 ISLAMABAD - The former ambassador of Pakistan to the United States (US) Husain Haqqani has said that instead of letting the ties between Pakistan and India be hostage to dispute, an approach of “let us become friends first and discuss things we disagree about later” should be adopted.

“We can’t let the relationship be hostage to dispute. The approach should be ‘let us become friends first and discuss things we disagree about later’,” Hussain Haqqani said during an interview with The Hindu.

Commenting on the decades-old issue of Kashmir, he said, “Both sides [Pakistan and India] have contributed to the problem and both sides have made it difficult to resolve it, but a better approach might be to not to insist on resolving it before we can have normal relations.”

US Secretary of State Rex Tillerson, who was in Pakistan on Tuesday, has pressed Islamabad to speed up its efforts against terrorism but described it as “incredibly important” player to deal with some of the pressing challenges facing the region.

However, Foreign Minister Khawaja Asif has said that there is a “huge trust deficit” between Pakistan and the US over the conflict in Afghanistan.

According to Hussain Haqqani, “The lack of trust between the US and Pakistan was not created by a single tweet and it won’t be resolved by a single tweet. It’s a problem that has arisen over many years as a result of broken promises and unfulfilled expectations. Possibly on both sides.”

“Pakistan has a valid point: if the US is going to be a virtual neighbour to Pakistan by having forces in Afghanistan and if it uses Pakistan as a corridor for supplying its troops, it has to listen to Pakistan’s perspective too,” continued the former ambassador.

When asked how significant was the recent four-nation Quadrilateral Coordination Group (QGC), comprising Afghanistan, China, Pakistan and the United States, in Oman, Hussain Haqqani said, “I’m one of those who believes talks are good. That said, unless there is flexibility and credibility in negotiations, nothing moves forward.”