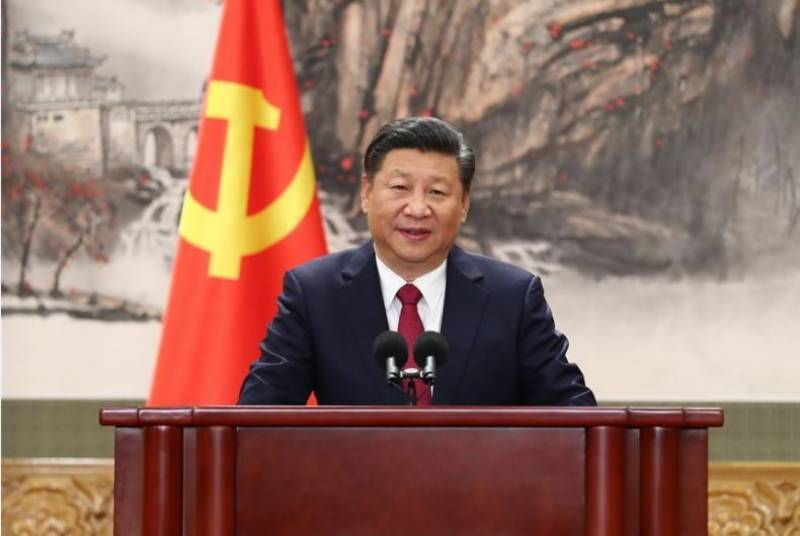 Beijing: China is set to unveil its new ruling council Wednesday after President Xi Jinping stamped his authority on the country by engraving his name on the Communist Party's constitution.

In a highly choreographed event, the members of the elite Politburo Standing Committee will appear in public at the palatial Great Hall of the People after they are selected by 204 party officials in conclave.

Xi, 64, is certain to emerge with a second five-year term as the party's general secretary, with an even stronger mandate to accomplish his ambition of turning China into a global superpower with a world-class military by mid-century.

Premier Li Keqiang, 62, is also expected to retain his seat but the five other men on the current committee are supposed to step down under an unofficial retirement age and be replaced.

But whoever walks out behind Xi will likely have much less influence than their predecessors after the party congress enshrined the Chinese leader's name in the Communist charter on Tuesday.

The honour has put him in the rarefied company of the nation's founder Mao Zedong, and Deng Xiaoping, the architect of its economic reforms, and could set the stage for him to stay in power past his second term.

"Xi Jinping's thought will be China's signature ideology and the new communism," the official Xinhua news service wrote in a commentary Tuesday.

The accolade firmly establishes Xi as the country's locus of power, potentially upending the collective model of leadership promoted by Deng and embraced by Xi's two predecessors, Hu Jintao and Jiang Zemin.

In the past two administrations, decisions were the result of horse-trading and consultation among members of the standing committee, the council of party elders who have led China since Deng's death in 1997.

But with his name in the constitution, Xi has become the nation's ultimate authority, likely giving him the last word on all major decisions.

All eyes will be on who appears when the new standing committee trots out shortly before noon (0400 GMT) following the secret vote by the party's 204-member Central Committee.

Analysts have been divided about who will fill out the committee's roster, and whether an heir apparent will appear. Xi himself was elevated to the committee in 2007 and succeeded Hu Jintao as general secretary and president five years later.                  Although the new members may not exercise much real power, the results -- which are largely expected to be guided by Xi's preferences -- will give some hints about his priorities and his attitude towards the party's norms.

Even "Mao was not a one man show," said Mattias Stepan of Germany's Mercator Institute for China Studies.

"Xi still needs capable people to stand next to him to promote his agenda."

At least one important figure will not make the cut.

Xi's right-hand man Wang Qishan was not included on the list of Central Committee members who were elected by the congress Tuesday.

Analysts had long expected the 69-year-old leader of the country's anti-corruption campaign might be kept on in defiance of the party's unofficial guidelines that cadres retire at 68, setting up Xi to stay on after he himself aged out.