China to expand military exchanges, cooperation with militaries across the world: Officials
25 Oct, 2017 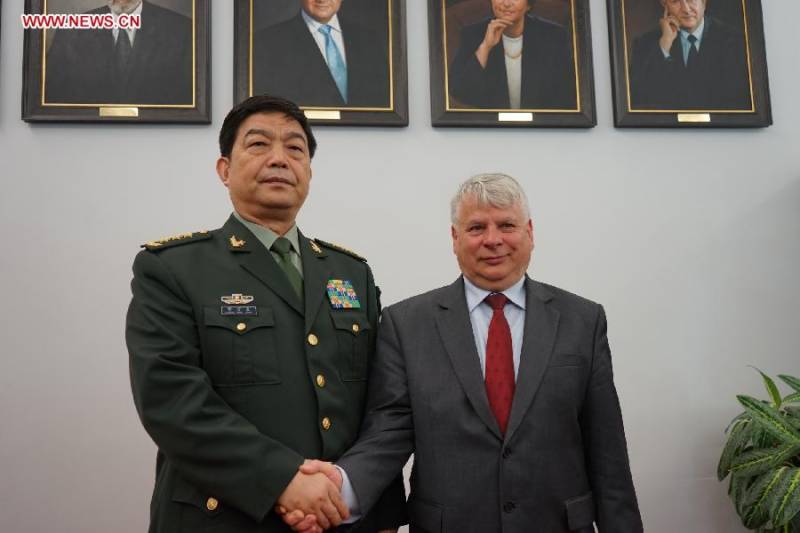 CLARK: Chinese military will continue to enhance its friendly exchanges and pragmatic cooperation with other countries' military forces across the world, including those in the Asia-Pacific region, a senior Chinese official said here on Tuesday.

Chang Wanquan, Chinese State Councilor and Defense Minister, who is attending the 11th ASEAN Defense Ministers Meeting (ADMM) and the 4th ADMM-Plus meeting held in the Philippines, said the peaceful development of China is closely linked to the future of the Asia-Pacific region, as it is the largest developing country in the world.

"We will enhance exchanges and cooperation with other countries, in the hope of building better mutual understanding and mutual trust, safeguarding peace and stability in the region and the world, and achieving a common prosperity," Chang told a meeting with 10 ASEAN defense ministers and other seven from the ADMM-Plus.     ASEAN groups Brunei, Cambodia, Indonesia, Laos, Malaysia, Myanmar, the Philippines, Singapore, Thailand and Vietnam. ADMM-Plus includes ASEAN's eight dialogue partners - Australia, China, India, Japan, New Zealand, South Korea, Russia and the United States.

"China will stick to the principles of peace, development, cooperation and win-win, unswervingly follow the path of peaceful development, and is committed to building a community with shared future with other countries," Chang said.

Chang also noted that China is in favor of security cooperation featuring co-building, mutual sharing and win-win, adding all parties should abandon the zero-sum mentality and manage risks by dialogue and consultation.

He also held bilateral meetings with his counterparts from Russia, Singapore, Malaysia and South Korea, respectively.