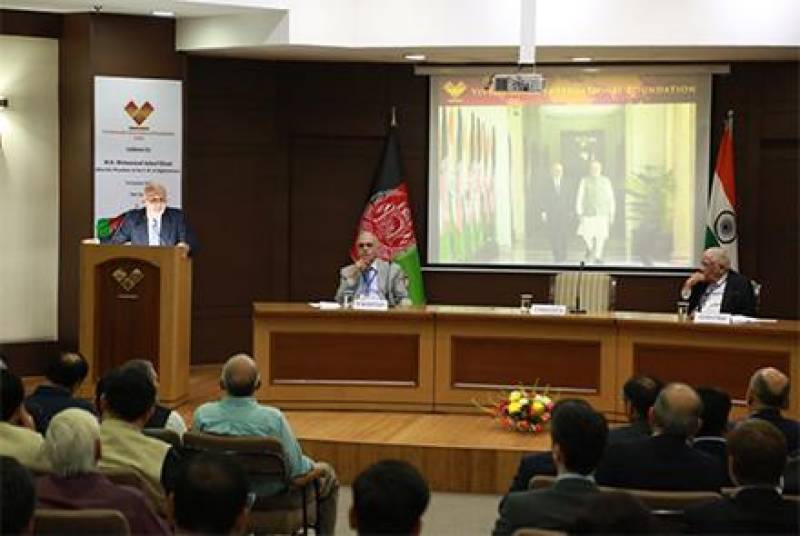 NEW DELHI - President Ashraf Ghani said he will join the China-Pakistan Economic Corridor only once Islamabad allows connectivity between India and Afghanistan.

While in India on Tuesday, President Ashraf Ghani called on Pakistan to end its support to insurgent groups and took a firm stand against joining the China-Pakistan Economic Corridor (CPEC).

According to India’s Live Mint news portal, Ghani said he would not join CPEC if Islamabad refused to permit connectivity between India and Afghanistan.

The report stated that Ghani also rejected what he termed a “Pakistan-managed” effort to broker peace in Afghanistan. This comes just a week after talks between Pakistan, the US, China and Afghanistan in Oman which were aimed at getting the Taliban to the peace talks tables.

The news portal reported that in his speech at the Vivekananda International Foundation think tank in New Delhi, Ghani said Afghanistan was fully capable of concluding a peace process on its own.

“Our approach to internal peace is to own it through Afghan government-led processes,” Ghani said. “We would like a push factor from Pakistan vis-a-vis the Taliban, not a Pakistan-managed peace process,” he said.

Live Mint reported that in response to a question, Ghani noted that in 2001, the Taliban was an “exhausted”, “spent political force” and it did not have sponsorship. The regrouping of the Taliban into the force it has become currently is due to state sponsorship of the group, he said.

“Sanctuaries are provided, logistics are provided, training is provided, ideological bases are provided. So instead of dramatizing, what we are saying is that Pakistan has come to a juncture and it needs to make a choice,” on which would depend the response of the international community.