Palestinian women pay the heaviest cost of Israeli aggression in Gaza
25 May, 2021 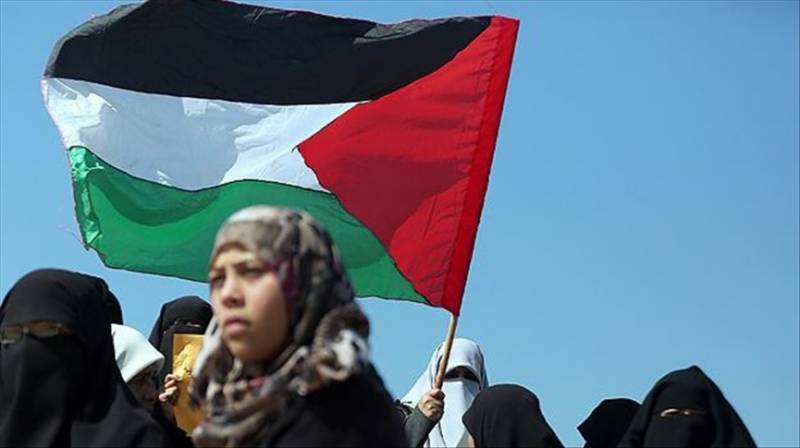 ISLAMABAD- Palestinian women, who had to leave their homes with their children in fear of getting the target of Israeli attacks on the besieged Gaza Strip, continue to pay heavy costs.

Hundreds of Palestinian families left their homes and took refuge in schools belonging to the United Nations Relief and Works Agency for Palestine Refugees in the Near East (UNRWA).

At least 248 Palestinians have been killed in Israel’s relentless assault on the Gaza Strip link since May 10, including 66 children, 39 women, while 1,800 houses were destroyed and 6,800 homes were partially damaged.

Nur Ali, a 33-year-old mother who took shelter in one of the UNRWA schools in the al-Nasr district of western Gaza, told Anadolu Agency said that even some areas near to the center were targeted by Israeli strikes as they woke up with explosion and glass shattering sounds.

Emphasizing that there was always a state of fear and panic in the asylum centers during the attacks on the close areas, Ali said they tried to keep children away from doors and windows and comfort them in those times.

She said women "bear the heaviest burden in the war," as they try to not panic in front of the children and taking care of their fundamental needs.

A mother of three kids, Rim al-Besyumi, 30, who stays with her children in a UNRWA school that was converted into an asylum center said that the centers generally lack basic living needs for people.

"UNRWA schools cannot even provide basic needs rather than women's needs," Besyumi said, adding that women are living under "much more difficult" conditions in the centers.

Refif es-Misri, a senior year high school student, said that the centers lack necessary food, as well as proper places to get washed and sleep.