With an eye on Pakistan, India recalibrates Afghanistan policy
25 May, 2018 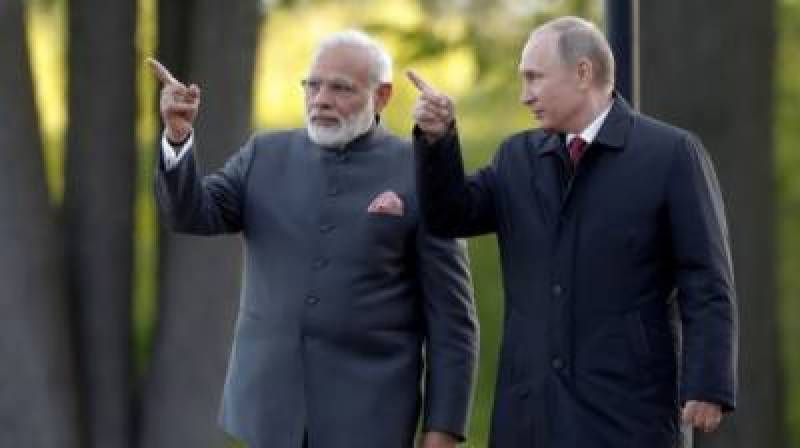 MOSCOW - With an eye on Pakistan, India is recalibrating its Afghanistan policy. After signing joint economic project with China in Afghanistan now Indian Prime Minister Narendra Modi and Russian President Vladimir Putin have reached to an agreement regarding the launch of the first joint project in Afghanistan.

Sources privy of the development in the Indian government have said that the leaders of the two countries agreed regarding the implementation of the project during a meeting in Sochi.

Sources told The Indian Express that Modi proposed the idea for the joint project in Afghanistan, which Putin readily accepted. “Unlike in Wuhan, where Xi had proposed the Afghanistan project, here Modi took the initiative with <link> <link>Russia <link> ,” a source said.

No further details have been given regarding the project and the estimated date for the launch of the project in Afghanistan.

<link> <link> India <link> has played a major role in the reconstruction of Afghanistan since the fall of the Taliban regime and has invested over $2 billion in various reconstruction and infrastructure projects.

The construction of the major Salma Dam, the new Afghan parliament building, Zaranj-Delaram highway, and some other projects are among the key investments <link> <link> India <link> has done so far in the country.

The government of <link> <link> India <link> pledged a fresh aid package of $1 billion to support the reconstruction projects in Afghanistan during a visit by President Mohammad Ashraf Ghani in late 2016.