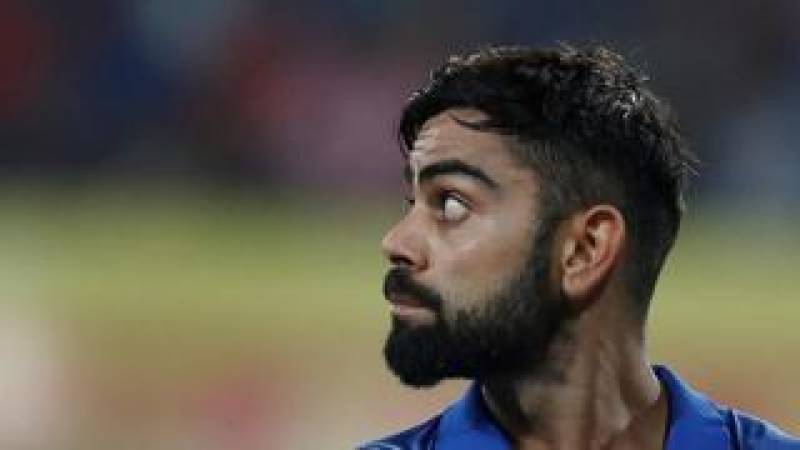 NEW DELHI - A neck injury has dashed Virat Kohli’s hopes of a maiden County stint with Surrey to prepare for the England Test series starting on August 1. The cricket Board said on Thursday that the Indian skipper hurt himself on May 17, during Royal Challengers Bangalore’s win over Sunrisers Hyderabad in Bangalore.

The BCCI said in a statement on Thursday that Kohli was assessed by the BCCI medical team and a specialist. He then underwent scans. Kohli will have rehab at the National Cricket Academy (NCA) in Bangalore and undergo a fitness test on June 15. The BCCI is confident that Kohli will be fit to lead in the high-profile Test series in England (Aug 1-Sept 11).

The BCCI though leaves many questions unanswered. Kohli’s personal coach, Raj Kumar Sharma, said ‘it is not very serious’, and said reports of a possible slipped disc was “rubbish”. But Saba Karim, BCCI GM (cricket operations) was unwilling to say what the injury exactly was. “Details are with the BCCI physio, but not sure they would like to share with the media.”

The timing of the injury is not explained. Kohli played another game for RCB, against Rajasthan Royals, two days later in Jaipur. He was on the field and even put in acrobatic stops. When asked, Karim said: “We come into the picture only when a cricketer plays for the country,” leaving the onus on RCB management.

A senior BCCI office-bearer questioned the injury-management protocol under the Committee of Administration that runs the Board. He pointed out that Kohli, under criticism for not leading India in Afghanistan’s inaugural Test starting in Bangalore on June 14, will undergo the fitness test at the same venue a day after the historic game starts.