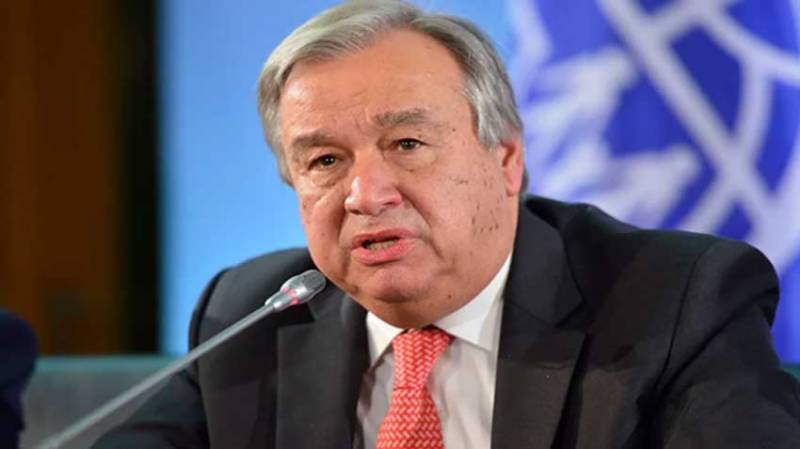 UNITED NATIONS: UN Secretary-General Antonio Guterres has urged the United States and North Korea to continue their dialogue to find a path to peaceful and verifiable denuclearization of the Korean Peninsula.

Speaking in Geneva, he expressed deep concern over cancellation of the planned summit meeting between the leaders of the United States and North Korea.

Secretary General's spokesperson said in New York that Antonio Guterres is available to all parties to facilitate the process.

In a statement he said, “we valued President Trump’s efforts, unprecedented by any other president, to create a historic North Korea-US summit.