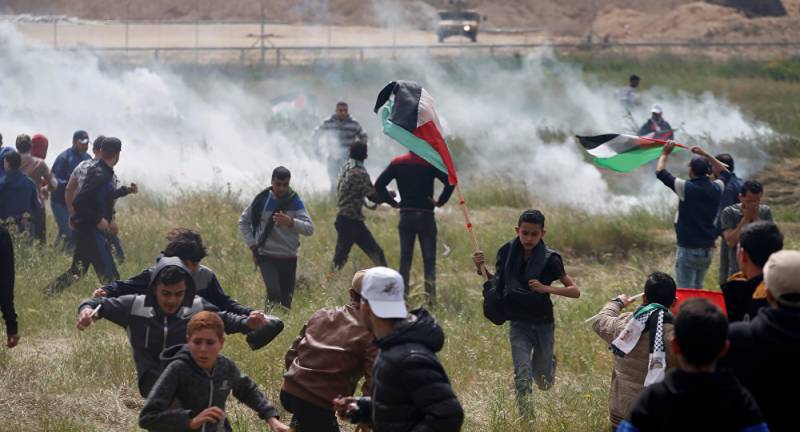 Two Palestinians wounded in clashes with Israeli troops on the Gaza border died Thursday of their wounds, Palestinian health officials in Gaza and the West Bank said.

The health ministry in the Hamas-run Gaza Strip said that Ahmed Qutoosh, 23, was shot by soldiers “several days ago” east of Bureij, in the central Gaza Strip, without giving further details.

In the West Bank city of Hebron, medical officials told AFP that 21-year-old Mohanad Abu Tahun had been wounded in the Gaza clashes and transferred to the city’s Al-Ahli Hospital on Wednesday.

They did not say on which date he was shot.

He was one of many Gaza casualties moved out of the coastal territory for treatment after the bloody border clashes left hospitals there overwhelmed.

Violence peaked on May 14, with at least 62 Palestinians killed by Israeli gunfire when thousands of Palestinians protested as the US officially moved its embassy from Tel Aviv to Jerusalem.

Tensions between Israel and Gaza have spiralled since March 30, when Palestinians began protesting for the right to return to the homes their families fled or were expelled from in 1948, during the war surrounding the creation of Israel.

A total of at least 121 Palestinians have been killed by Israeli fire since then, according to Palestinian medical officials.

No Israelis have been killed during that time.

Israel says its actions are necessary to defend the border and stop mass infiltrations from the territory.

It accuses Hamas, with whom it has fought three wars since 2008, of seeking to use the protests as cover to carry out violence. – AFP