Nawaz Sharif reveals Why he did not sack top intelligence Chief?
25 May, 2018 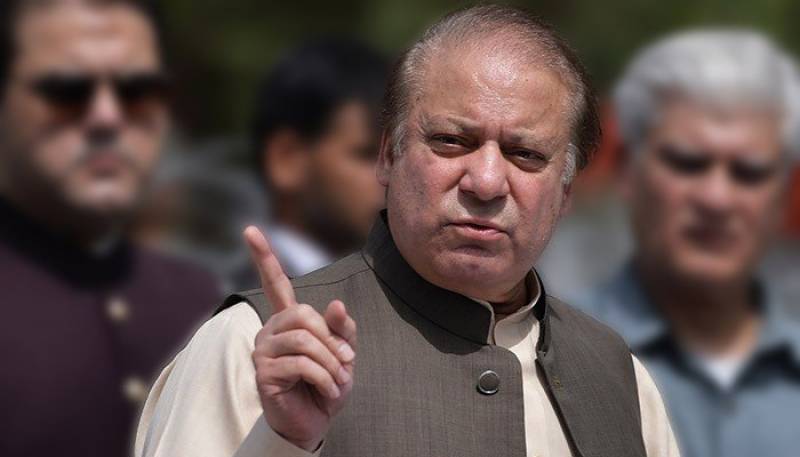 ISLAMABAD – Deposed Prime Minister Nawaz Sharif on Thursday said that he could have ousted the intelligence chief who asked him to resign or go on extended leave but avoided it in larger interests of the country.

The three-time prime minister stated while talking to journalists when a question in this regard was pitched. “I displayed tolerance and courage at that time,” he added.

In a response to a question why he made Mushahidullah Khan and Pervaiz Rashid resign as ministers, Nawaz said that demanding resignations from them was also part of this forbearance and tolerance.

Senator Mushahidullah Khan had resigned from the post of Federal Minister for Climate Change a day after BBC Urdu published his interview in which he alleged that former Inter-Services Intelligence (ISI) chief Lt. Gen Zaheerul Islam Abbasi had tried to stage a coup during 2014 sit-ins. Pervaiz Rashid had resigned as information minister following Dawn leaks controversy.

Referring to his yesterday’s bombshell, Nawaz said that everything has time to happen and facts should have been made public.

Talking about media coverage of his statement, Nawaz said that he was surprised that media broadcasted his whole statement. It is the right of media to display everything.

*‘Spy Chief Asked Me to Resign’*

In shocking revelations, former prime minister Nawaz Sharif claimed that a message from the head of an intelligence agency was conveyed to him during 2014 sit-ins, with the recommendation of asking him to resign or go on an extended leave.

Sharif revealed this during his testimony at the accountability court in Avenfield reference, filed by the National Accountability Bureau (NAB) in the light of the Panamagate verdict.

He said that challenges and pressure ramped up on him as the treason case was initiated against former president General (retd) Pervez Musharraf. He added that corruption references against him were the punishment of the case against Musharraf.

Without sharing the name of the intelligence agency, Nawaz said he went upset when he received the message from an employee of an institution directly worked under the prime minister.