Kohli to skip Surrey stint after suffering neck injury
25 May, 2018 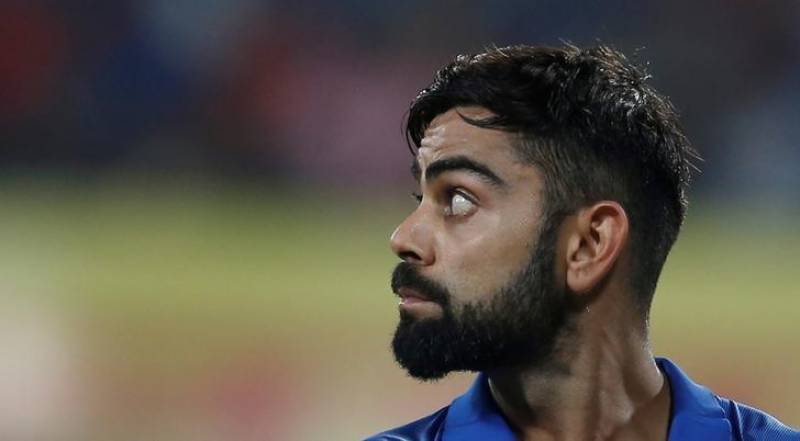 NEW DELHI: India cricket captain Virat Kohli has suffered a neck injury during an Indian Premier League match and will not play for English county championship side Surrey next month, the country’s cricket board said.

Batsman Kohli had signed a one-month deal to represent Surrey in June to prepare for a test series against England this year, but injured his neck while fielding for Royal Challengers Bangalore against Sunrisers Hyderabad last week.

“Kohli, who was scheduled to play for Surrey in the month of June, has been ruled out from participating,” the Board of Control for Cricket in India said in a statement.

Kohli is scheduled to undergo a fitness test at the National Cricket Academy in Bengaluru on June 15 and the BCCI expects him to be fully fit for the tour of England.

India begin their tour of England in July with three Twenty20 internationals and three one-day internationals. They then take on the hosts in a five-test series starting in August.

Ajinkya Rahane was earlier this month picked to lead India against Afghanistan, who play their maiden test in Bengaluru in June, keeping in mind Kohli’s county commitments. APP