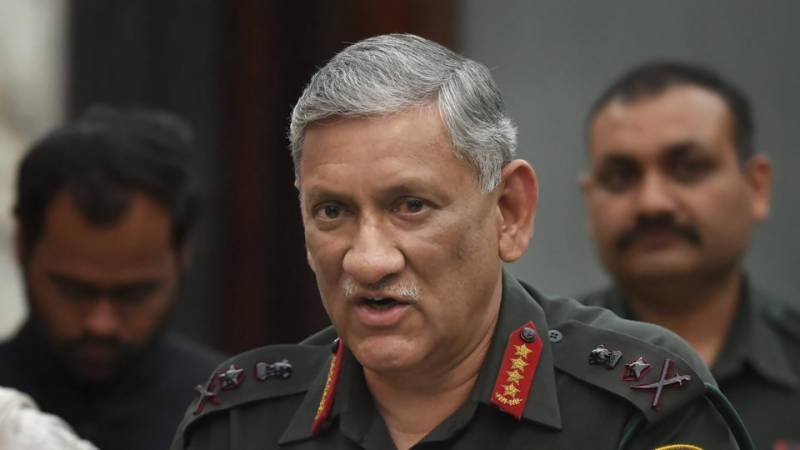 SRINAGAR - Indian Army chief General Bipin Rawat arrived in Srinagar on Thursday on a two-day visit days, a little over a week after the government announced a suspension of security operations in Kashmir valley.

The army chief who reviewed the security situation in the Valley met top formation commanders to take stock of the current situation, especially in the Valley and on the Line of Control. General Rawat was also briefed about the impact of the suspension of security operations.

“The Army Chief visited formation headquarters and units where he was briefed by the commanders on ground as regards the operational preparedness. The Army Chief was appreciative of the measures and Standard Operating Procedures instituted by the units and formations to meet the challenges posed by the inimical elements,” the defence spokesman said.

He said that Army chief also commended the performance of the troops in the recent successful operations and stressed the need to maintain extra vigil to defeat the designs of hostile forces.

“General Rawat also took stock of the security and administrative arrangements for the upcoming Amarnath Yatra which begins from June 27,” the spokesman.

Meanwhile the Centre’s interlocutor Dineshwar Sharma who arrived in Srinagar a day earlier, had a detailed meeting chief minister Mehbooba Mufti on Thursday. Officials said during the meeting overall situation in the State, particularly after the announcement of the Ramzan ceasefire by the Centre, came up for discussion.